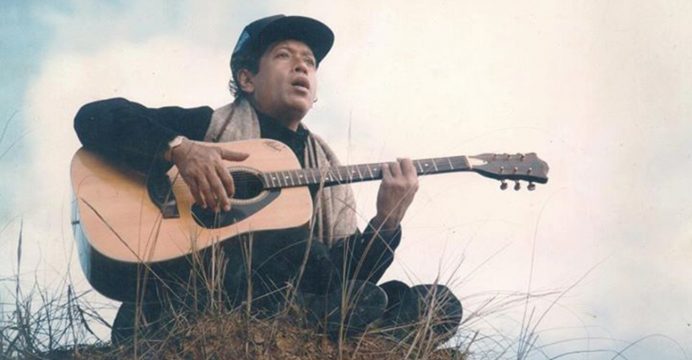 “He breathed his last on Friday evening,” says Ershadul Haque Tingku, who used to look after the singer for past few months.

After a two-and-a-half month long stay at the hospital, Lucky Akhand returned to his house in Dhaka’s Armanitola last week.

He was rushed to Mitford Hospital as his condition deteriorated on Friday afternoon.

Doctors there declared him dead around 6:30pm, Tingku added.

Then, after a decade, he hit the stage again, in 1998 with two albums “Porichoy Kobe Hobe” and “Bitrishna Jibone Amar”.

He had been a regular in many live music sessions on television ever since.