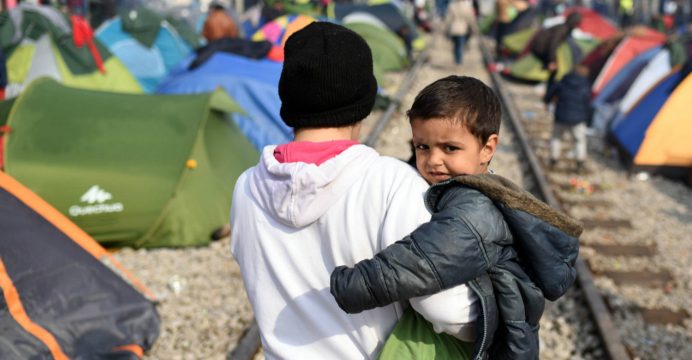 According to UNICEF estimates, more than 150 children have died crossing the Central Mediterranean from North Africa to Italy so far this year. Yet the true number of child casualties is almost certainly higher given that many children on the move are unaccompanied, so their deaths often go unreported.

Since the start of the year, nearly 37,000 refugees and migrants, 13 percent of whom are children, have reached Italy by sea via the Central Mediterranean – an increase of 42 percent when compared to the same time period in 2016. This increase comes despite the grave risks involved in traveling one of the most perilous migration routes in the world. At least 849 people have been lost at sea along the route since January.

“It is deeply concerning that vulnerable people, including thousands of children, are risking their lives to reach Europe’s shores using this incredibly dangerous route,” said Afshan Khan, UNICEF Regional Director and Special Coordinator for the Refugee and Migrant Crisis in Europe.

“This is further evidence that when safe and legal pathways to migration are cut off, desperate children and families will do whatever they can to flee conflict, poverty, and deprivation.”

Even over the past few days, calmer waters and warmer weather in the Mediterranean have been accompanied by a surge in refugees and migrants attempting to cross. During the Easter weekend alone, more than 8,300 people were rescued from the sea between Libya and Italy.

More attempted crossings bring more death, with eight migrants reported to have drowned over the weekend. The fatality rate for the Central Mediterranean migrant route currently stands at 3 per cent for 2017.

The number of unaccompanied and separated children risking their lives on the Central Mediterranean has also dramatically increased, with 1,875 arriving in Italy during January and February this year – a 40 per cent increase over 2016.