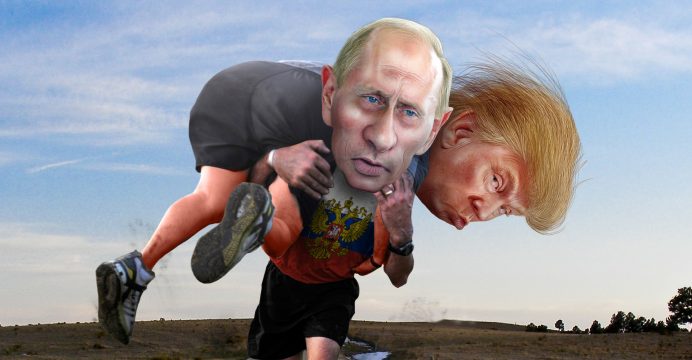 U.S. President Donald Trump’s administration is shifting its stance on Russia and now sees Moscow as a competitor, Britain’s defense minister said on Thursday during a trip to the Baltic states designed to underline NATO’s new deterrent forces.

In his election campaign last year Trump voiced admiration for President Vladimir Putin, and contacts between his aides and Russia before and after the November vote prompted concerns in Europe that the U.S. leader would seek a deal with Moscow, reports Reuters.

But Britain’s Defence Secretary Michael Fallon said Washington was now more cautious about the chances of better relations with the Kremlin.

“The American defense secretary and the American secretary of state are under no illusions of how we have to deal with Russia now as a competitor,” Fallon told reporters in Tapa, Estonia, just 150 kilometers (93 miles) from the Russian border.

In his first European interview before taking office, Trump proposed to end U.S. sanctions against Russia in return for a nuclear arms reduction deal with Putin.

That went against the previous U.S. administration’s position. The West had argued that economic sanctions on Russia could only be dropped if Russia withdrew from Ukraine’s Crimea peninsula and stopped supporting separatists in eastern Ukraine.