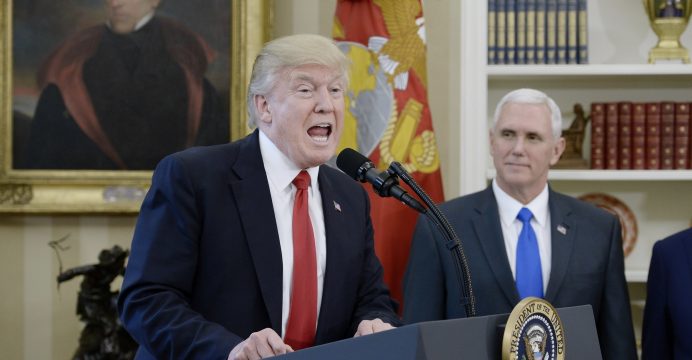 President Donald Trump launched an investigation on Thursday to determine whether Chinese and other foreign-made steel threatens U.S. national security, raising the possibility of new tariffs and triggering a rally in U.S. steel stocks.

U.S. Commerce Secretary Wilbur Ross cast the decision to initiate the probe as a response to Chinese exports of steel into the United States reaching the point where they now have 26 percent of the market. Chinese steel imports are up nearly 20 percent in the early months of this year alone, he said, reports Reuters.

The unusual step of launching an investigation comes as Trump is pressuring China to do more to rein in an increasingly belligerent North Korea. When Chinese President Xi Jinping visited Trump in Florida earlier this month, Trump raised the possibility of using trade as a lever to coax China to do more.