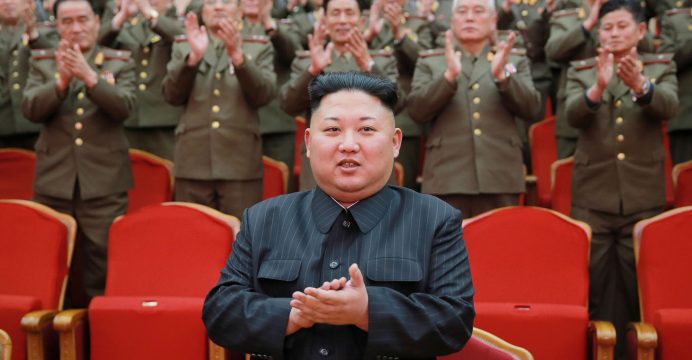 The Rodong Sinmun, the official newspaper of the North’s ruling Workers’ Party, did not mince its words.

“In the case of our super-mighty preemptive strike being launched, it will completely and immediately wipe out not only U.S. imperialists’ invasion forces in South Korea and its surrounding areas but the U.S. mainland and reduce them to ashes,” it said.

Reclusive North Korea regularly threatens to destroy Japan, South Korea and the United States and has shown no let-up in its belligerence after a failed missile test on Sunday, a day after putting on a huge display of missiles at a parade in Pyongyang.

Tillerson told reporters in Washington on Wednesday that the United States was “reviewing all the status of North Korea, both in terms of state sponsorship of terrorism as well as the other ways in which we can bring pressure on the regime in Pyongyang.”