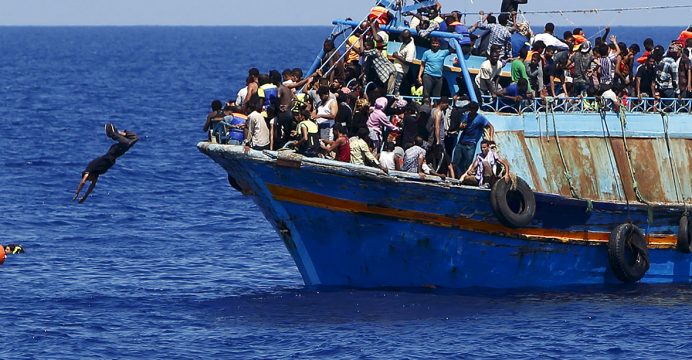 Libyan fishermen found the bodies of 28 illegal migrants who appeared to have died of thirst and hunger after their boat broke down off the coast of Sabratha city, a ministry of interior official said on Tuesday.

Since Libya fell into chaos after Muammar Gaddafi’s fall in 2011, the North African country is the main departure point for migrants hoping to reach Europe by sea. More than 150,000 have made the crossing to Italy annually over the past three years, reports Reuters.

Interior Ministry security unit commander Ahmaida Khalifa Amsalam told Reuters the 28 migrants, including four women, had been found after sunset by the fishermen who towed the vessel to shore. The victims were buried together in a cemetery for illegal migrants, he said.

“Their boat stopped in the middle of the water because the engine was broken,” he said. He did not give details on any of the nationalities but many illegal migrants are from sub-Saharan Africa.

Smugglers often pack migrants in flimsy inflatable dinghies, dispatching them to sea to get picked up by rescue ships and other vessels once they reach international waters. Some are intercepted and turned back by the Libyan coastguard.