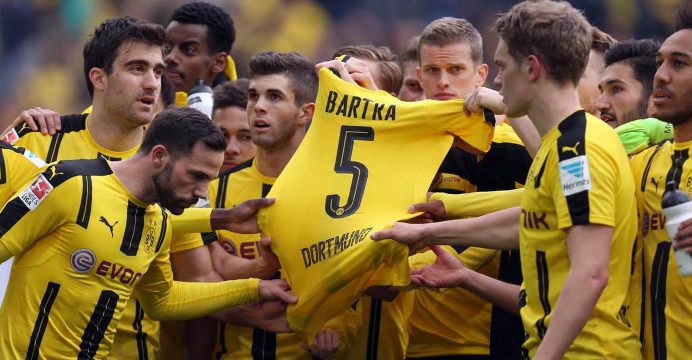 Marc Bartra gave blood, other Borussia Dortmund players have nightmares about the bomb attack on their bus and now the German team may need the sweat of Marco Reus to pull off a fairy tale place in the Champions League last four.

The scars left by three bombs that scorched the side of the bus and fired metal shards inside before the quarter-final against Monaco have gone much further than Bartra’s fractured wrist.

The game was postponed but Dortmund were forced to play 24 hours later. The shock was apparent in the 3-2 defeat that has left the German side facing a stiff challenge in Wednesday’s return leg.

So far nobody has been caught one Islamist suspect was discounted and no claim of responsibility has proved convincing.

“I wake up every night,” Dortmund’s Swiss goalkeeper Roman Burki said. “Without any reason, I am jolted awake in terror. Then I can’t get back to sleep and I am just relieved I am at home in my own bed.”

Burki recalled the horror of the “huge bang” in an interview with Swiss newspaper Der Bund.

“The pressure made all our heads turn to one side. Then there was a long silence and then a cry — it was Bartra.”

Burki says he cannot understand why a football team would be the target of “a terror attack.”

Dortmund are getting help from psychologists. “We have very good counsellors we can ask for help,” said the goalkeeper.

And the team bounced back with a 3-1 Bundesliga win over Eintracht Frankfurt on Saturday. But getting over the attack will be a slow process.

For B?rki, football is a key part of the therapy. “I’m happy to have something I can focus on. It is very important to be able to take your mind off things, think less about what has happened.”

The team gathered to hold up a Bartra jersey after Saturday’s win. Many of them were in tears. 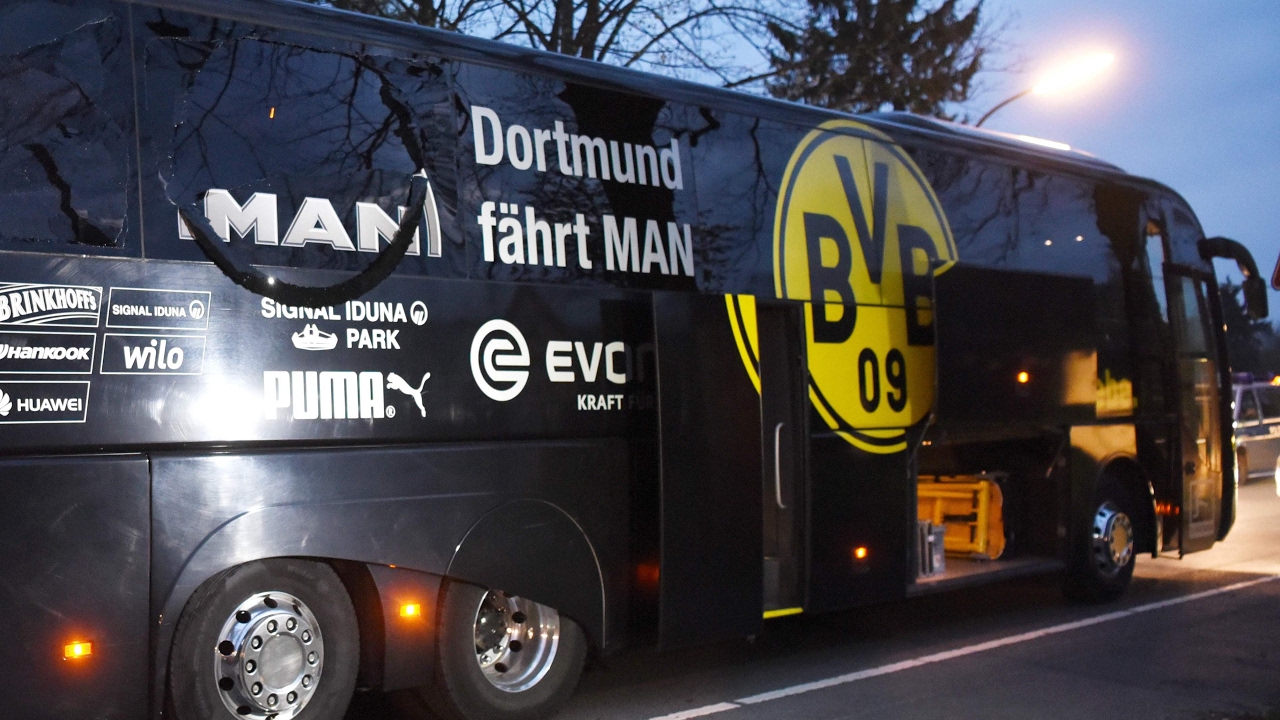 “During the 90 minutes of the game it was easier. But at the end, everything you have kept inside under pressure comes out,” said captain Marcel Schmelzer.

“Against Frankfurt we showed a lot of joy playing because we are happy to be here. We talk a lot about it to each other. I think it will weld us together as a team,” the skipper added.

German international Sven Bender said the whole team deserved praise for playing against Frankfurt so soon after the near miss that experts said could have been deadly.

“For me, it was even harder than Wednesday, because we had more time to think about the terrible things which have happened,” he said.

Dortmund coach Thomas Tuchel believes the first game against Monaco should not have gone ahead so soon. But he has had to concentrate on Wednesday’s return.

Some specialists say the players’ shock should start to “stablise” after two or three days, according to Tuchel.

“For the players, its easier when they play, than after the whistle when they feel they have to talk” about their ordeal.

The problem is “how to focus” on the Monaco game, said the German coach.

But Saturday’s display indicated Frankfurt could be in the mood for an upset in Monaco.

Defender Sokratis Papastathopoulos scored from a screaming 23 metre shot that he labelled “the most beautiful goal of my career” and dedicated it to Bartra.

And then there was Reus, who scored just 122 seconds into his comeback from six weeks on the sidelines with a hamstring injury.

Reus at his best can be a match-winner. The 27-year-old forward has the experience, the playmaking skills and above all, he was not on the ill-fated team bus last Tuesday — and that could make all the difference.