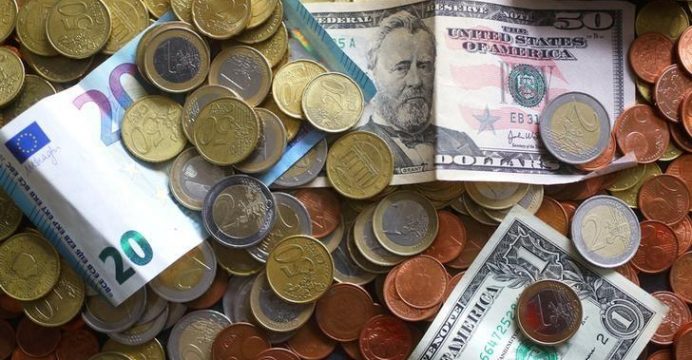 That dwarfed any relief for market players after the U.S. Treasury department did not name China as a currency manipulator, avoiding an all-out confrontation on currencies between the world’s two largest economies, reports Reuters. 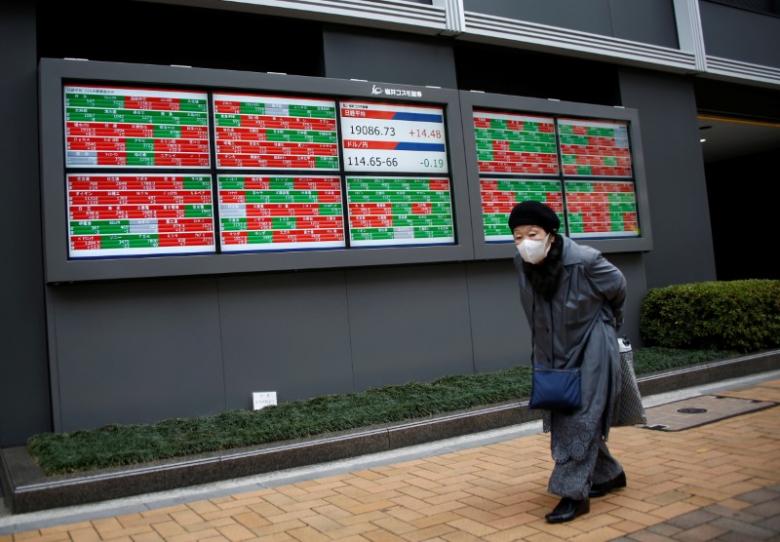 A woman walks past electronic boards showing stock prices outside a brokerage in Tokyo, Japan

MSCI’s broadest index of Asia-Pacific shares outside Japan fell 0.1 percent in holiday-thinned trade, while Japan’s Nikkei fell as much as 0.6 pct to hit a five-month low. It last stood down 0.1 pct

A raft of Chinese economic data beat market expectations but did not produce notable market reactions as investors had been already optimistic following a recent string of positive China numbers.

China’s economy grew 6.9 percent in the first quarter from a year earlier, a tad above economists’ forecast of 6.8 percent.

However, mainland Chinese shares fell, with Shanghai Composite Index down 1.3 percent to 3,203, risking a close below its 60-day average at 3,216, seen as an important support by investors.

U.S. retail sales dropped more than expected in March while annual core inflation slowed to 2.0 percent, the smallest advance since November 2015, from 2.2 percent in February, data showed on Friday.

That helped to drive down the 10-year U.S. Treasuries yield to 2.200 percent, its lowest level since mid-November from around 2.228 percent on Thursday before a market holiday on Friday.

The yield had risen above 2.6 percent in December and again in March, from around 1.85 percent before the U.S. presidential election, on expectations of Trump’s stimulus.

But growing perception that Trump will struggle to push any tax cuts and fiscal spending programs through the Congress has prompted unwinding of the “Trump” trade.

“At the moment, it is hard to see any factors that could drive up bond yields,” said Hiroko Iwaki, senior strategist at Mizuho Securities.

“And compared to U.S. bond yields, which have given up much of their gains after the election, U.S. share prices, having gone through a limited correction, look vulnerable given potential developments in North Korea or the French election,” she said.

Trump’s administration declined to name any major trading partner as a currency manipulator in a highly anticipated report on Friday, backing away from a key Trump campaign promise to slap such a label on China.

“Concerns about U.S.-Sino trade frictions have eased for the time being,” said Naoki Tashiro, the president of TS China Research.

“But this is also thought to be a part of a barter, namely the U.S. wants China to take tougher actions against North Korea in exchange,” he said.

There is no sign of easing tensions over North Korea’s nuclear and missile program after the reclusive country’s failed missile test on Sunday.

Trump’s national security adviser said on Sunday that the United States, its allies, and China are working together on a range of responses to North Korea.

“In essence, North Korea made a provocation that would not transcend the U.S. ‘red line’. But depending on how China will react, Trump could lose his patience,” said Makoto Noji, senior strategist at SMBC Nikko Securities.

Safe-haven gold gained as much as 0.8 percent to hit a five-month high of $1,295.5 per ounce on continued concerns on tensions over North Korea. The dollar slipped to as low as 108.13 yen, a five-month low and 0.4 percent below its late U.S. levels.

The semi-annual U.S. Treasury currency report maintained the six countries on a “monitoring list” — China, Japan, Germany, South Korea, Taiwan, and Switzerland — suggesting Washington could put more pressure on those countries to take steps to reduce their trade surplus with the United States in future.

The euro stood at $1.0622, little moved so far, and not far from a one-month low of $1.0570 touched last Monday, with the focus on the French presidential election.

Ahead of the first round of voting on April 23, the race looked tighter. Two polls put any of the four frontrunners, including far-right candidate Marine Le Pen and hard-left challenger Jean-Luc Melenchon, within reach of a two-person run-off vote.

The Turkish lira jumped about 2.5 percent to 3.6300 per dollar versus 3.7220 on Friday after President Tayyip Erdogan snatched a victory in a referendum to grant him sweeping powers in the biggest overhaul of modern Turkish politics.