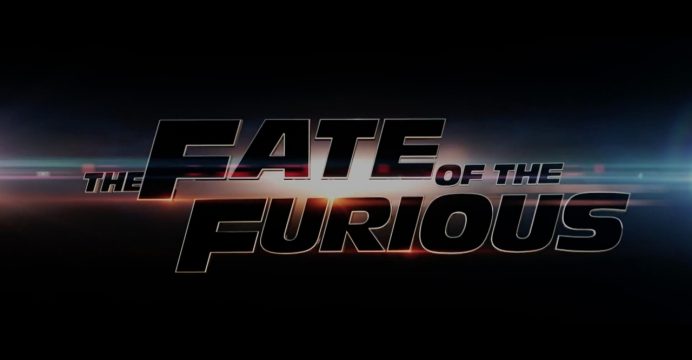 The Fate of the Furious has raced to the top of the box office chart – breaking an international record in the process. The eighth film in the action thriller franchise took an estimated $532.5m (£424.7m) globally over Easter weekend, reports BBC.

The figure makes it the strongest worldwide debut ever – marginally overtaking the $529m (£421.8m) taken by Star Wars: The Force Awakens.

The Fate of the Furious – titled Fast & Furious 8 in some territories – stars Dwayne Johnson and Vin Diesel, who said he felt “grateful, humbled and blessed” after the film’s success.

WHY IS THE FAST & FURIOUS FRANCHISE SO POPULAR?

Rhianna Dhillon, film critic and the host of BBC Radio 4’s Seriously podcast, says the success of the Fast & Furious franchise is down to its “universal appeal”.

“They’re films people of all ages can enjoy because they have that pure, unadulterated escapism about them, children and adults alike are quite happy to watch things get blown up and smashed up,” she said.

“A lot of what drags movies like The Avengers down is the plot, and Fast & Furious isn’t trying to compete with those heavy, convoluted storylines. This is just cars smashing into each other and it’s okay to enjoy that.

“This franchise isn’t trying to be anything it’s not. Ultimately, from the bottom up, it doesn’t take itself too seriously.”

Dhillon said the diversity of the cast is one of the key reasons the film series has seen continued box office success.

“Hollywood really underestimates minority audiences,” she said. “For example, if you break down the figures, the Latino audience is huge, what with Vin Diesel’s following. I think that has so much to do with it, because not many films offer that.”

She added: “The franchise still attracts huge stars each time – this year as the villain we have Charlize Theron, there’s an appearance from Helen Mirren. These aren’t people you’ve never heard of, they have the most bankable movie stars in the world.

“And Dwayne Johnson has given the films a new lease of life – when you buy a star like him, you’re buying his fans as well.”

Despite the drop of nearly a third on the seventh film, the US performance of The Fate of the Furious is still pretty impressive – it accounted for nearly two-thirds of all US box office takings over the weekend. Its nearest competitor was The Boss Baby, which took a further $15.5m (£12.4m) to land second place.

The film’s worldwide performance was boosted by opening in China on the same weekend as other major markets, unlike the Force Awakens, which did not start screening there until several weeks later. The Fate of the Furious saw three-day takings of $190m (£151m) in China.

Box OfficeCultureMovieMovieeThe Fate of the Furious