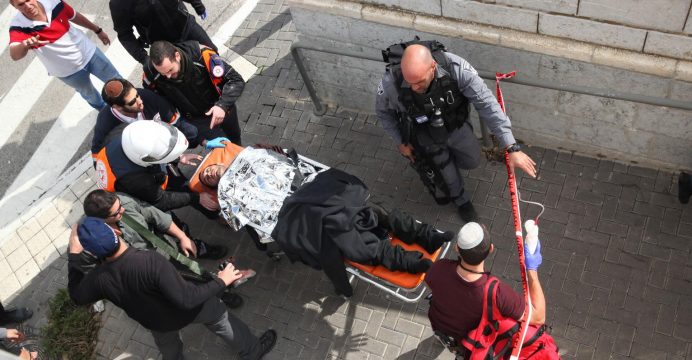 The incident occurred in a train carriage on the light rail network near Jerusalem’s municipality building and the walled Old City. TV footage showed blood on the floor of the carriage with police officers restraining a man and carrying him away, reports Reuters.

Israeli police said the victim was a 25-year-old British national, though it was initially unclear whether she also held Israeli citizenship.

The Shin Bet domestic security service identified the assailant as 57-year-old Jamil Tamimi and said he was a Palestinian from Arab East Jerusalem with mental health problems who was convicted in 2011 for sexually assaulting his daughter.