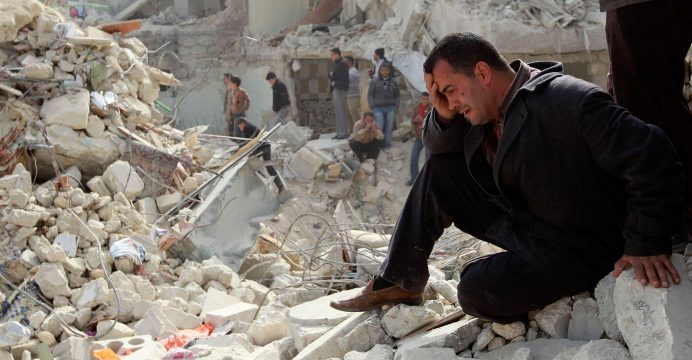 Damning footage of the regime’s deadly chemical attack in Idlib that killed at least 86 civilians and left more than 200 injured earlier this week, is yet another confirmation of the failure of the international community.

The complete impunity which the regime’s criminal military apparatus and supporters (including Russia) shamefully continue to enjoy has fuelled an escalation in the atrocity of crimes being committed, and must be ended.

Since the Syrian conflict broke out in 2011, the Security Council has proved incapable of responding to the critical need for action as a result of vetoes exercised by Russia and China, which have blocked several initiatives at the international level to resolve the conflict.

A draft Security Council resolution condemning the use of chemical weapons, calling for justice and accountability and requiring the Syrian government to supply its flight logs to international investigators has been introduced this week. This resolution must be adopted. The General Assembly must consolidate the principles which lead to the establishment of a world order that respects international law.