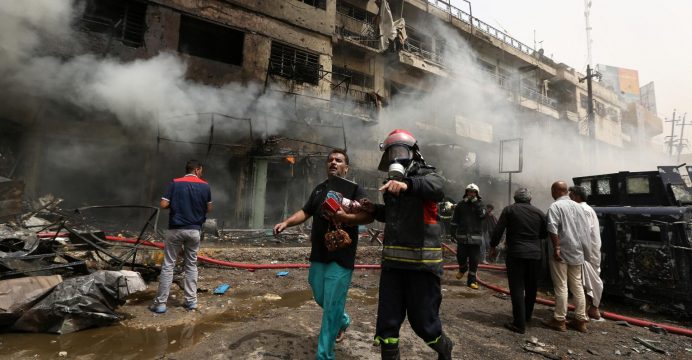 The United States has made slight adjustments to its military activities in Syria to strengthen protection of American forces following strikes last week on a Syrian airbase that have heightened tensions, U.S. officials tell Reuters.

The officials, citing operational security concerns, declined to discuss what specific measures the United States has taken after the strikes, which were strongly condemned by Damascus, Tehran and Moscow, reports Reuters.

But one official, who spoke on condition of anonymity, stressed that the strikes had not slowed the campaign against Islamic State militants.