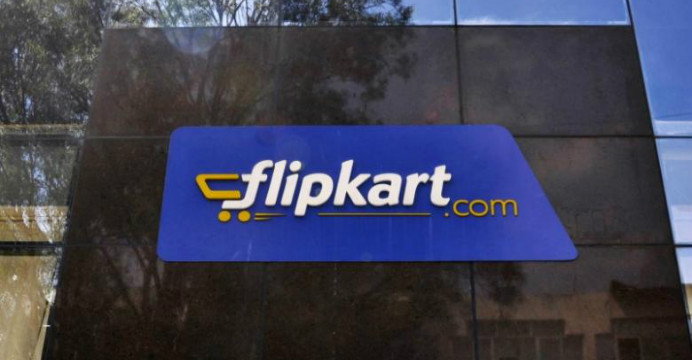 India’s Flipkart raised $1.4 billion in its biggest fundraising it takes on Amazon for a larger share

India’s top e-commerce firm Flipkart has raised $1.4 billion in its biggest fundraising to date as it takes on U.S. tech giant Amazon.com Inc for a larger share of the country’s burgeoning online retail market.

Chinese social media and entertainment firm Tencent Holdings Ltd, the world’s biggest software company Microsoft Corp and online marketplace eBay Inc participated in the funding round, Flipkart said in a statement on Monday, which will value the Indian company at $11.6 billion, reports Reuters.

That is lower than the $15 billion valuations achieved at its last fundraising in 2015, reflecting how competition has intensified in the e-commerce sector as companies vie for a slice of the world’s fastest-growing internet services market.

Amazon last year said it would invest over $5 billion in India and has recently expanded into online video and grocery shopping, seeking to expand aggressively in a country where a rising middle class is increasingly shopping online.

The fundraising also comes amid speculation Flipkart may be interested in a takeover of smaller rival Snapdeal. Local media have reported SoftBank Group is keen to sell its stake in Snapdeal in exchange for a stake in Flipkart.

“We are delighted that Tencent, eBay, and Microsoft – all innovation powerhouses – have chosen to partner with us on their India journey,” Flipkart’s founders Sachin Bansal and Binny Bansal said in a statement.

“This deal reaffirms our resolve to hasten the transformation of commerce in India through technology.”

As part of the fundraising, eBay invested $500 million in Flipkart for a stake, according to a separate statement by both companies. In exchange, eBay will merge its India operations with Flipkart.

A Flipkart spokeswoman said eBay.in will continue to operate as a “separate business” within the Flipkart group, which includes fashion portals Myntra and Jabong.

The company will assess capital requirements across the group and use the new funds to “add value to customers, increase shareholder returns and bring us closer to profitability,” the spokeswoman said.

Ebay, one of the pioneers of online commerce in India, runs a marketplace selling everything from bed sheets to smartphones but with little marketing and few exclusive launches on its India portal sales have lagged behind Flipkart and Amazon. Flipkart did not disclose the amounts invested by Microsoft and Tencent.

Prior to the latest round, Flipkart had raised more than $3 billion in funding via 10 rounds, mostly from international investors but it has burnt through cash in a competitive market.

In January, Flipkart appointed a former Tiger Global Management executive as its CEO in its biggest management reshuffle as it tried to focus on margins over sales volume.

U.S. hedge fund Tiger Global is Flipkart’s biggest investor, owning about a third of the company. A deal with Snapdeal would provide Flipkart with added heft to compete against Amazon.

A distant third player, Snapdeal has declined to comment on sale talks and said that it remains focused on achieving profitability, but recent layoffs have heightened speculation about a takeover. Research firm Gartner called Flipkart’s fundraising a positive step.

“This is good news for Flipkart as it solidifies it as a market leader at least in the short term, keeping competition especially Amazon at bay,” said Sandy Shen, research director at Gartner.