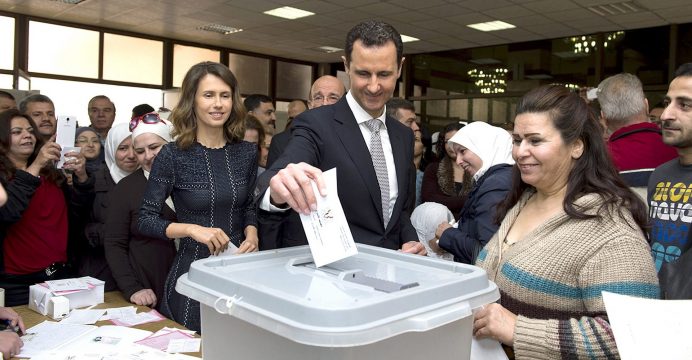 Foreign ministers from the Group of Seven (G7) major industrialised nations met in Italy on Monday, looking to put pressure on Russia to break its ties with Syrian President Bashar al-Assad.

U.S. missile strikes on a Syrian air base last week in retaliation for an alleged chemical weapons attack on civilians in a rebel-held region by Assad’s forces has raised expectations that President Donald Trump is ready to adopt a tougher-than-expected stance with Russia, reports Reuters.

British Foreign Secretary Boris Johnson told reporters that Russia’s reputation was being tarnished by its continued support of Assad and suggested, along with Canada, that sanctions could be tightened on Moscow if it continued to back Assad.

It was unclear how far U.S. Secretary of State Rex Tillerson was prepared to push the Russian leadership when he travels to Moscow on Tuesday at the end of the two-day G7 gathering in the Tuscan city of Lucca.

“What we’re trying to do is to give Rex Tillerson the clearest possible mandate from us as the West, the U.K., all our allies here, to say to the Russians ‘this is your choice: stick with that guy, stick with that tyrant, or work with us to find a better solution’,” Johnson said after meeting Tillerson.

Russia has rejected accusations that Assad used chemical arms against his own people and has said it will not cut its ties with the Syrian president, who has been locked in a six-year-old civil war that has devastated his country.