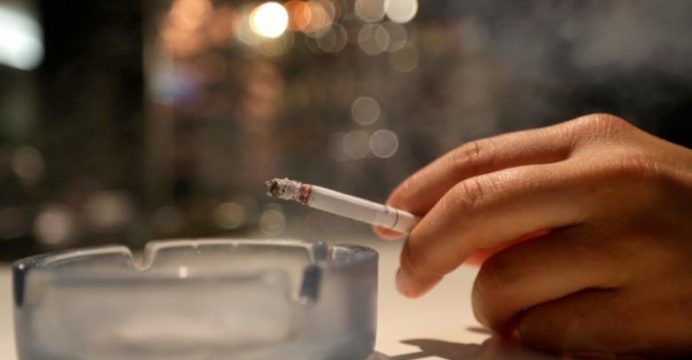 More than 1 in 10 deaths worldwide are caused by smoking

More than one in 10 deaths worldwide (equivalent to 6.4 million deaths) are caused by smoking and half of these occur in just four countries – China, India, USA, and Russia, according to the latest estimates from the Global Burden of Disease study published in The Lancet.

The new estimates are based on smoking habits in 195 countries and territories between 1990 and 2015, and illustrate that smoking remains a leading risk factor for death and disability. With growing and aging populations already heightening the burden of tobacco, it will be crucial to support more smokers to quit and stop people from starting smoking.

Since the implementation of the WHO Framework Convention on Tobacco Control in 2005, many countries have applied tobacco policies resulting in reductions in smoking prevalence, but the authors of the study warn that the war against tobacco is far from won, and argue that policy makers need to be renewed and sustained efforts to tackle the epidemic.

Deaths attributable to smoking increased by 4.7% in 2015 compared with 2005 and smoking was rated as a bigger burden on health – moving from third to the second highest cause of disability.

“Despite more than half a century of unequivocal evidence of the harmful effects of tobacco on health, today, one in every four men in the world is a daily smoker,” said senior author Dr Emmanuela Gakidou, Institute for Health Metrics and Evaluation at the University of Washington, USA.

“Smoking remains the second largest risk factor for early death and disability, and so to further reduce its impact we must intensify tobacco control to further reduce smoking prevalence and attributable burden.”

The 10 countries with the largest number of smokers in 2015 were China, India, Indonesia, USA, Russia, Bangladesh, Japan, Brazil, Germany and the Philippines – who together accounted for almost two-thirds of the smokers of the world (63.6%).

High smoking prevalence levels and worrying trends persist. For instance, Indonesia, Bangladesh, and the Philippines saw no significant reductions in male smoking prevalence between 1990 and 2015 (2015 smoking rates were 46.7%, 38.0%, and 34.5%, respectively), and in Russia, female smoking prevalence has increased (from 7.9% in 1990 to 12.3% in 2015) and comprehensive tobacco control policies were only implemented in 2014.

The authors note that Indonesia has very high smoking levels and has not yet ratified the WHO Framework Convention on Tobacco Control.

They warn that a similar result could happen in sub-Saharan Africa, as the tobacco industry now seeks to expand its market by exploiting the region’s patchwork tobacco control regulations and its limited resources to combat the industry’s marketing tactics.

For this reason, the authors note that while the WHO tobacco convention is necessary for creating policy, each country must ensure that tobacco control is tailored to their own context and needs and that compliance and enforcement work together.

“There have been some success stories, but smoking remains the leading cause of death and disability in 100 countries in 2015,” said Dr Gakidou. ”

“Its toll will remain substantial without more concerted policy initiatives, policy compliance and enforcement, and sustained political will to offset commercial interests. Despite progress in some settings, the war against tobacco is far from won, especially in countries with the highest numbers of smokers. The staggering toll of smoking on health echoes well beyond the individual, especially as tobacco threatens to exact long-term financial and operational burdens on already resource-constrained health systems. To markedly bend the global tobacco epidemic’s trajectory, a renewed and sustained focus is needed on comprehensive tobacco control policies around the world. Success is possible, but requires effective and aggressively enforced policies and laws.”

The study estimates were based on the number of people who smoked every day, rather than occasional or former smokers, and did not take into account how many cigarettes a person smoked in a day nor people who used smokeless tobacco products or e-cigarettes.