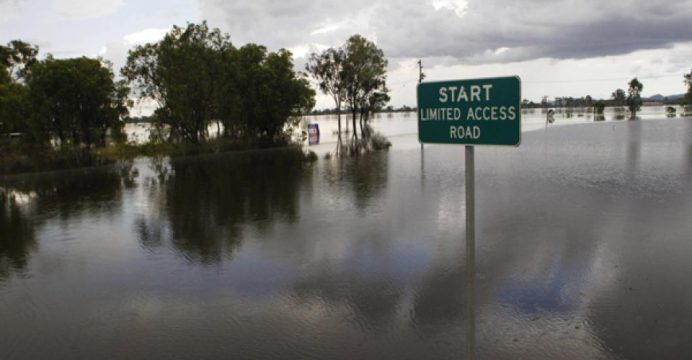 The Australian city of Rockhampton in Central Queensland suffered major flooding on Thursday. Despite the initial weekend forecast of a 9.4-meter peak on the Fitzroy River, the warnings were later downgraded to 8.8 meters.

Excess water in the Fitzroy Basin brought by Cyclone Debbie last week has been slowly making its way south to the river system in Rockhampton. It eventually arrived at midday on Thursday, breaking the city levee. 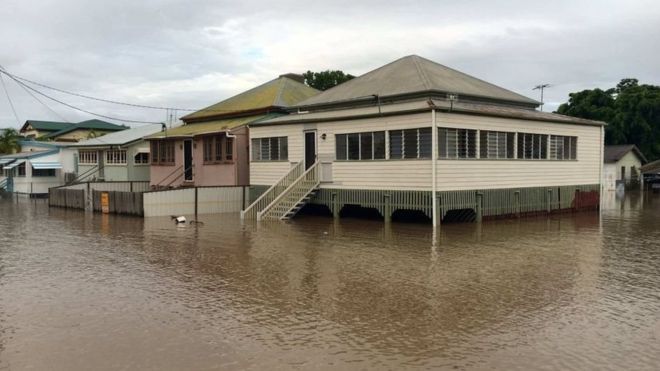 “They’re telling us for the next 24 hours the river will stay at that height and should start to rapidly recede over the weekend,” Williams said.

It was first feared around 3,000 homes could be lost, however, it’s reported that around only 200 homes have been inundated with floodwater.

Although the news is better than expected for Rockhampton residents, there are still major disruptions to the town, with hundreds of homes without power, a number of businesses closed and many local roads deemed impassable. Authorities have also issued a warning to locals about snakes and crocodiles lurking in flood waters.