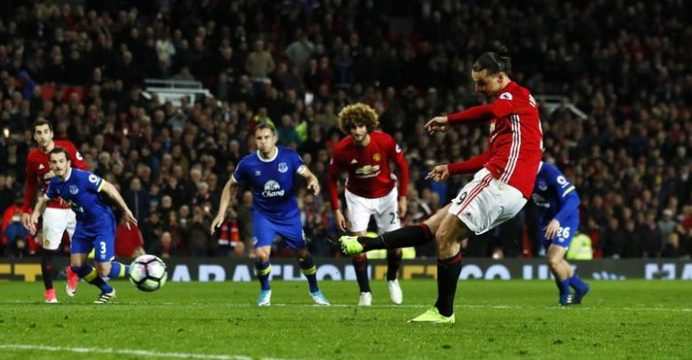 Manchester United’s struggle to achieve a top-four finish continued on Tuesday as Zlatan Ibrahimovic came to their rescue with an added time penalty to salvage a 1-1 draw against Everton in their Premier League clash at Old Trafford.

Manager Jose Mourinho had to preside over another disjointed United display which ended with Ibrahimovic netting his 16th league goal of the season on his return from suspension to take their unbeaten run to 20 league matches.

At the other end of the table, Sunderland moved closer to what seems almost inevitable relegation, beaten 2-0 at Leicester City whose new manager Craig Shakespeare could celebrate a fifth successive league win since taking over from Claudio Ranieri.

Mourinho was left bemoaning the loss of more valuable points after a ninth league draw at Old Trafford this term bore all the now familiar hallmarks of blunt finishing mixed with misfortune. 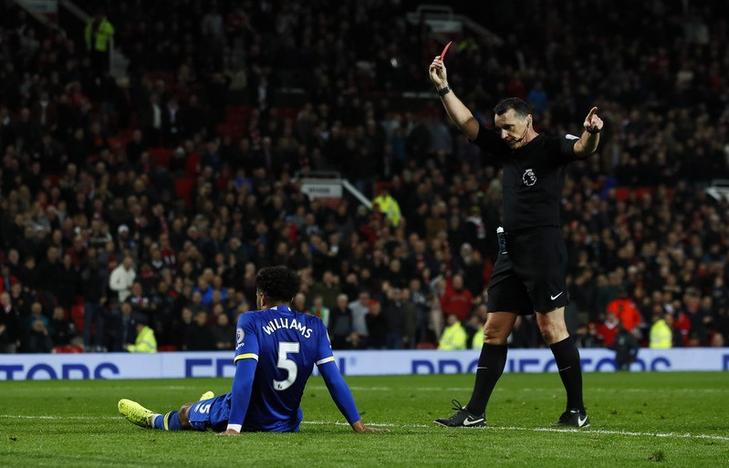 Mourinho felt United had suffered more bad luck as Ibrahimovic also had a 71st minute headed effort ruled out for the most fractional of offside decisions.

“For me it wasn’t an offside,” the Portuguese told BT Sport.

“Some guys are suffering (from lack of confidence) a bit,” he also conceded, while praising his side’s effort.

In a dramatic finish, a goal-bound shot from Luke Shaw — a welcome response from the England defender to Mourinho’s recent criticism of him — was handled on the line by Ashley Williams, who was shown a straight red card before Ibrahimovic tucked away the 94th minute spot kick.