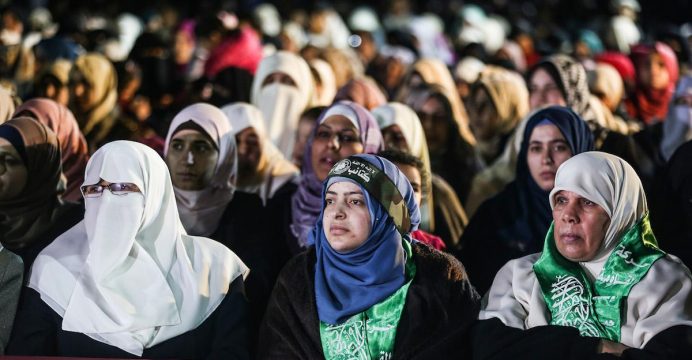 Israel has been barring entry to and from the besieged Gaza Strip for human rights workers and researchers, according to a new report by international rights organisation, Human Rights Watch (HRW).

In the report, titled “Unwilling or Unable: Israel Restrictions on Travel to and from Gaza for Human Rights Workers”, the US-based organisation expressed concerns over the restriction of entry to human rights workers who require access to the strip in order to investigate possible crimes committed during the 2014 Israeli assault on Gaza.

“For the last two decades, Israel has kept the strip mostly closed off,” with exceptions for humanitarian circumstances, Sari Bashi, Israel and Palestine advocacy director at HRW, told Al Jazeera.

Bashi added that last year Israel allowed about 12,000 entries from the Gaza Strip to the occupied West Bank and Israel, but “categorically denies that access to Palestinian and foreign human rights workers” who want to document abuses on the ground in Gaza.

The report also calls into question the Israeli military’s claim to rely on human rights organisations as a vital source of data for their investigations into potential crimes and rights violations committed during the war. HRW said such restrictions on entry” raises questions not just about the willingness of Israel’s military authorities to conduct genuine investigations, but also their ability to do so.”

“Those restrictions affect nearly every aspect of life in Gaza, including the ability of human rights workers to document violations of human rights and international humanitarian law (IHL) and to advocate for their remediation,” the report said.

According to the report, Israel systematically denies access to HRW workers and researchers, and has been doing so ever since it imposed a siege on the strip in 2008.

Gaza, whose population amounts to two million, has been under a decade-long blockade imposed by Israel following the 2007 electoral victory of the Hamas movement in the strip.

Asked how many workers were denied entry during the previous years, Bashi said, “It is easier to say how many were allowed in.” According to Bashi, only one HRW staff researcher was allowed entry in 2011, to document violations of human rights against Israel.

Along with Israel, the report casts the blame on Hamas and neighbouring Egypt, but says the main responsibility lies with Israel as the main controller of the strip’s borders. Israel maintains sole control over Gaza’s territorial waters and airspace.

But the Israeli authorities claim that their investigations meet international standards and that they rely on human rights organisations to notify them of potential violations.

A spokesperson for the Coordination of Government Activities in the Territories (COGAT), an Israeli military unit that is responsible for civilian matters in the occupied territories, told Al Jazeera that Israeli authorities allow “Gaza residents, internationals and Israelis pass through Erez Crossing into the Gaza Strip and from it on a daily basis”.

“The Coordination and Liaison Administration to the Gaza Strip (CLA) coordinates over 1,000 crossing daily for trade and business purposes, medical treatment, academic studies abroad, participation in conventions and advanced studies and more,” the spokesperson said, via email, citing coordination with “many human rights organisations” such as Doctors Without Borders, and others.

But local human rights activists say otherwise. Samir Zaqout, director of Al Mezan Center for Human Rights, a Gaza-based human rights organisation, told Al Jazeera that tens of foreign workers have been denied entry into the strip, describing the act as a “violation of human rights”.

“The restriction is not only imposed on human rights workers, but also on university representatives, journalists, and academics alike,” he said, adding that they, along with other local organisations, are in constant and dire need of expert assistance.

“The strict conditions and restrictions are compromising our efforts as a human rights organisation to document abuses on the ground adequately,” Zaqout said. “We cannot even think about applying for permits to bring foreign workers in, we are not even allowed to start the process.”

The strip’s northern Beit Hanoun (Erez) crossing with Israel, said Zaqout, is controlled by Israel and does not permit entry to foreign journalists and activists either.

Zaqout explained that as one of the most important conflict areas in the world, foreign students who want to work with organisations such as Al Mezan in Gaza, are also barred from entering the strip.

“Israel is scared to grant these entry permissions. Everyone, who ever came to Gaza, regardless of their background, witnesses the struggle and the reality of the people in Gaza,” he said.

Since the siege, Gaza has witnessed three Israeli wars in the past 10 years, experiencing food, water, and power shortages. The enclave has been dubbed the world’s largest open-air prison.