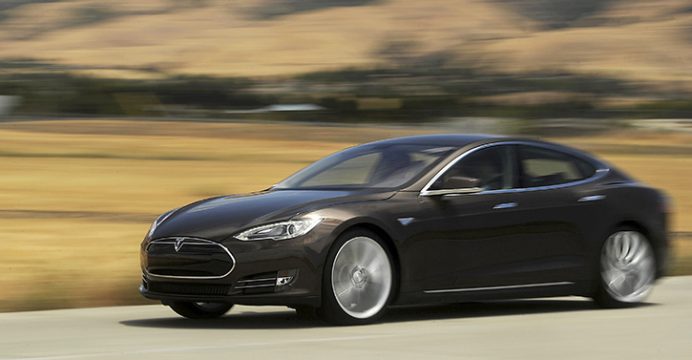 Tesla sold more than 25,000 vehicles in the first quarter, a record that beat analysts’ forecasts, the electric carmaker said on Sunday.

The Palo Alto, California-based carmaker saw deliveries bounce back by 69 percent compared to a rough first quarter in 2016. Tesla produced 25,418 vehicles, a bit above its prior record in the third quarter of 2016, reports BSS.

A Tesla car ‘Model S’ sits in a dealership in Berlin, Germany

Its upcoming Model 3 is priced at a moderate $35,000 in the United States, far below the price of its initial Models S and X vehicles.

The Model 3 was designed from the outset to be more efficient to make, a move intended to avoid production stumbles.

A “Gigafactory” created by Tesla and Panasonic is cranking out lithium-ion battery cells, which will be used in Tesla’s energy storage products and the Model 3, according to the carmaker’s website.

The Gigafactory, located in the western state of Nevada, is also working on residential energy storage technology that could be used to power homes with solar energy.