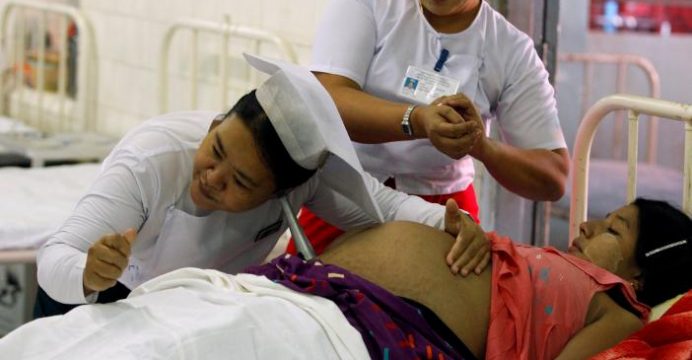 Myanmar is training up hundreds of midwives in an effort to reduce the number of women who die in childbirth, one of many social policy reforms launched by the country as it emerges from decades of military rule.

Statistics show childbirth and pregnancy-related complications are the leading causes of death among women in Myanmar, mainly due to delays in reaching emergency care, reports Reuters.

According to the most recent census, 282 women die per 100,000 births in the country, equivalent to about eight deaths every day, double the regional average and far above the mortality ratio of 20 deaths per 100,000 in neighboring Thailand or six per 100,000 in Singapore. 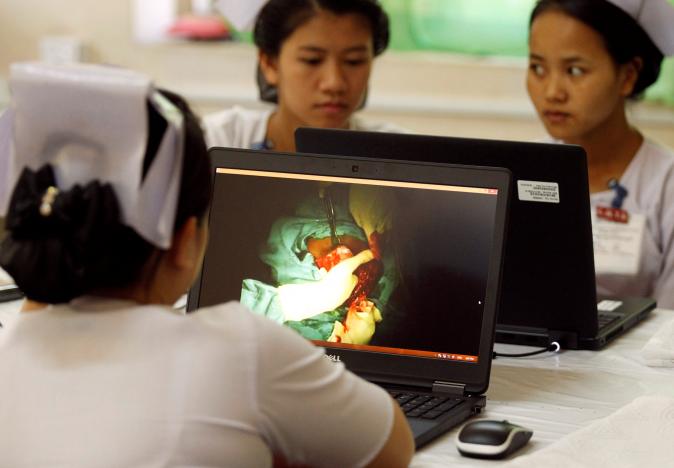 Midwives are seen during training at Central Women’s Hospital in Yangon, Myanmar

Nay Hnin Lwin, 19, is among 200 midwifery students currently studying at the Central Midwifery School in Yangon. She said her parents, who live in a rural area, still do not recognize the importance of midwives, relying instead on traditional birth attendants.

“If there is an emergency situation, they cannot save lives. Mothers are losing their lives because of them. I’m proud to be a midwife to save them from these situations,” she told Reuters Television.

At the end of the two-year course, Nay Hnin Lwin and other trainee midwives will be deployed to remote clinics with poor infrastructure and bare-bones medical facilities.

“The role of midwives is very important because two-thirds of our country is in rural areas. They are not only working on healthcare but also documenting and compiling data for the country,” said Dashi Hkwan Nu, head teacher at the Central Midwifery School.

Myanmar’s healthcare — particularly in far-flung areas — is plagued by ramshackle services, with hospitals lacking basic equipment because the military junta diverted funds away from services benefiting the general population to the army.

The government of Myanmar’s first de-facto civilian leader in about half a century, Aung San Suu Kyi, has launched a series of social reforms such as national health and education plans, and the introduction of a bus transport system in Yangon.

A year after sweeping to power, however, Suu Kyi acknowledged earlier this week public frustration with the slow pace of reforms and development.

The midwives’ training program is being supported by the United Nations Population Fund (UNFPA), which says Myanmar must tackle maternal mortality in order to raise living standards.

“Maternal mortality needs to come down if Myanmar wants to graduate from the least developed into a middle-income country,” said Hla Hla Aye, assistant representative to the Fund.