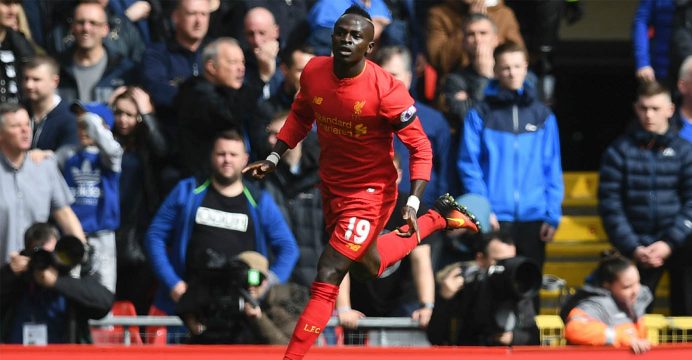 Sadio Mane looks set to miss Liverpool’s match against Bournemouth on Wednesday after suffering a knee injury during their 3-1 victory over Everton.

The Senegal forward scored an early goal as Jurgen Klopp’s side strengthened their hopes of Champions League qualification with a deserved win in the 228th Merseyside derby at Anfield on Saturday.

He limped off in the second half following a collision with Everton defender Leighton Baines, but did not leave the ground on crutches, giving Liverpool hope he will not be out for long.

“When I saw him in the dressing room, it didn’t look as if he would be ready for Wednesday. We will see. We hope it’s not that serious, but it does not make our life easier.”

Klopp added: “Obviously he has pain and it didn’t look like it’s only a knock or a muscle or something, but we have to wait.”

Klopp was diplomatic when asked to comment on some controversial tackling from Everton’s Ross Barkley.

The England midfielder, already on a booking, was fortunate to stay on the pitch for a reckless first-half lunge into the shins of Liverpool defender Dejan Lovren.

“It’s not my job to say about tackles,” Klopp said. “If I do, I create a story: ‘Klopp says…’ If you think it was a problem, then speak about it.”

The Liverpool manager was more happy to discuss the quality of his team’s performance.