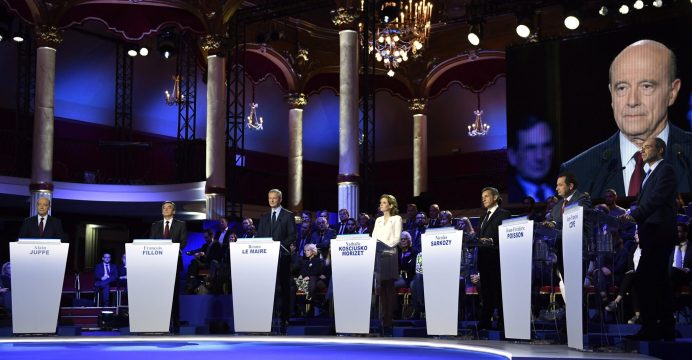 France’s polling commission has issued a warning over a Russian news report suggesting conservative candidate Francois Fillon leads the race for the presidency – something which contradicts the findings of mainstream opinion pollsters.

The cautionary note from the watchdog on pre-election polling followed allegations in February by aides of centrist candidate Emmanuel Macron that he was a target of “fake news” put out by Russian media including the Sputnik news agency, reports Reuters.

Macron takes a hard line on European Union sanctions imposed on Moscow over the Ukraine crisis, whereas Fillon has said they are totally ineffective, creating a “cold war” climate that needs to be reversed.

Almost all media in France are drawing on polls that have shown since mid-February that Fillon, a former prime minister, is trailing in third place behind Macron and far right leader Marine Le Pen for the April 23 first round. Third place would mean Fillon’s elimination from the May 7 runoff.

State-run Sputnik carried different findings in a report on March 29 under the headline: “2017 presidential elections: the return of Fillon at the head of the polls”.

It quoted Moscow-based Brand Analytics, an online audience research firm, as saying that its study based on an analysis of French social media put Fillon out in front.

In a statement, France’s polling commission said the study could not be described as representative of public opinion and Sputnik had improperly called it a “poll”, as defined by law in France

“It is imperative that publication of this type of survey be treated with caution so that public opinion is aware of its non-representative nature,” it said.

Brand Analytics’ track record either for political polling or for commercial internet audience measurement outside of Russia and former Soviet territory is unknown.

Sputnik published an earlier online survey by the firm from mid-February which also showed Fillon with a strong lead over Macron and Le Pen at a time when other polls showed Macron’s candidacy beginning to surge with Fillon in third place.

Neither Sputnik in Moscow, nor the company, responded immediately to emailed requests for comment on Sunday.