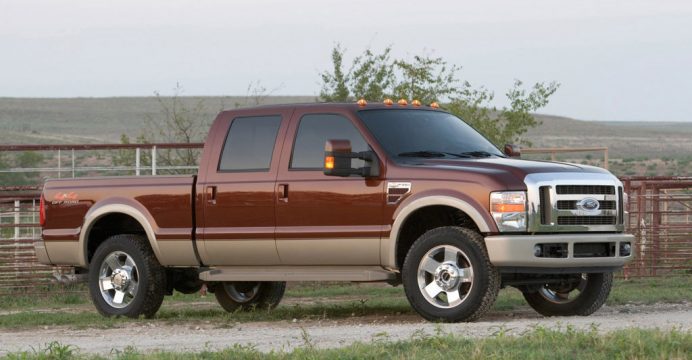 Ford to recall about 52,600 F-250 pickup trucks because the vehicles could roll while in park

Ford Motor Co is recalling about 52,600 F-250 pickup trucks sold in the United States and Canada because the vehicles could roll after the driver moves the automatic transmission lever into park position, the company said on Saturday.

The recall, the third announced by Ford this week, affects 2017 model year F-250 vehicles powered by 6.2-liter gasoline engines and built in its Louisville, Kentucky, truck plant, it said in a statement.

Ford, the second-largest U.S. automaker, also said it was unaware of any injuries or accidents associated with the latest issue, reports Reuters.

A Ford logo is pictured at a car dealership in Monterrey, Mexico

The company said on Wednesday it was recalling 211,000 vehicles in North America to replace potentially faulty side door latches.

Another recall involves 230,000 vehicles that present a fire risk in the engine compartment. Ford said it had reports of 29 fires related to that issue but no injuries.