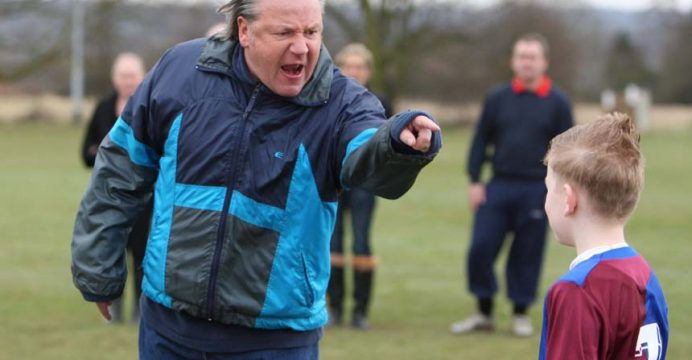 New research presented at this year’s European Congress of Psychiatry in Florence, Italy (1-4 April) shows that children who experience sexual, physical or psychological violence in youth sport are more likely to have mental health problems as adults. The study is by Tine Vertommen, the University of Antwerp and Thomas More University College, Antwerp, Belgium, and colleagues.

While previous studies have shown that exposure to childhood violence is associated with mental health problems in adulthood, this relationship has not yet been demonstrated in young athletes. A previous study conducted in 2014 in Belgium and the Netherlands by Vertommen and colleagues on adults aged 18 to 50 years who had participated in youth sport before aged 18 years showed that 9% reported having experienced severe psychological violence, 8% physical violence, and 6% sexual violence (all in youth sport) with some having experienced two or all three of these types of violence.

This follow-up study aimed to explore the long-term consequences of this violence on anxiety, depression and somatic complaints (experiencing and communicating psychological distress in the form of somatic symptoms) in adults who had experienced the violence in the specific environment of youth sport.

The authors carried out a web survey on their original sample of 4043 adults (2044 Belgian and 1999 Dutch participants), pre-screened on having participated in the organized sport before the age of 18. Depression, anxiety and somatic symptoms were assessed using the Brief Symptom Inventory.

Mathematical modeling was then used to quantify the impact of experiencing severe interpersonal violence in youth sport on psychological problems in adulthood.

The data showed that all three types of severe interpersonal violence (psychological, physical and sexual) were significantly associated with the total score and the subscales of the Brief Symptom Inventory. The effect remained statistically significant even after controlling for socio-demographics, as well as disability, sexual orientation, recent trauma and family history of psychological problems.

The authors say that although these results are statistically significant, the impact of experiencing violence in youth sport is smaller than, for example, experiencing a recent serious life event in adulthood or a family history of psychological problems.

Other interesting findings included that those who were from ethnic minorities; lesbian, gay or bisexual; disabled; or with lower education levels reported more mental problems. However, being married or in a relationship had a protective effect on mental health problems, except for anxiety.

The authors conclude: “Experiencing interpersonal violence against in youth sport is associated with mental health problems in adulthood. This is an important finding to consider, both from a clinical as well as a sports policy point of view.”

They add: “While many involved in sport were reluctant to acknowledge the problem in the previous century, recent prevalence studies, together with the disclosure of high-profile child abuse cases in sport, have urged the most powerful international sports organization the International Olympic Committee (IOC) put this issue on the agenda.

The IOC Consensus Statement: harassment and abuse (non-accidental violence) in sport emphasizes the need for comprehensive athlete protection and safeguarding mechanisms consisting of a wide variety of measures implemented by sports organizations at all levels.”

The authors say: “We do not know why Dutch participants have fewer mental problems, but it is in line with other studies showing that Dutch people show less self-harming behavior, fewer suicide attempts, and fewer suicides. We suggest a possible reason for this could be the cultural difference in help-seeking behavior, with Dutch people more likely to seek help and Belgian people less likely to seek help. Further studies are needed to explore this result.”