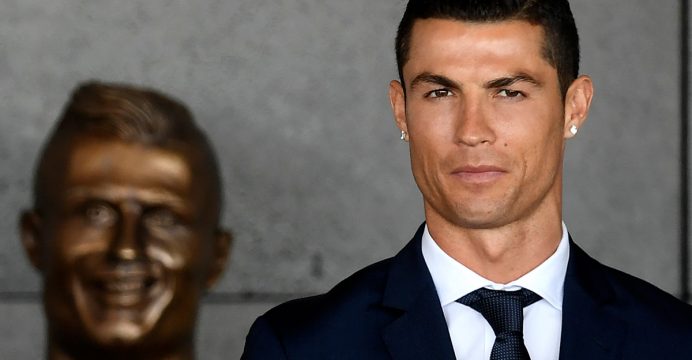 Self-taught sculptor Emanuel Santos defended his grinning bust of Cristiano Ronaldo on Thursday, telling his thousands of online detractors he had followed the soccer star’s instructions down to the last wrinkle.

Santos, a 40-year-old former airport cleaner, said the Real Madrid striker had asked him to make the portrait more jovial, and had praised his efforts, reports Reuters.

“It’s impossible to please the Greeks and the Trojans, and even Jesus couldn’t please everyone … It’s a matter of taste and not as simple as it seems,” Santos told Globo Esporte.

Officials unveiled the bronze bust at Madeira’s airport on Wednesday, triggering an onslaught of online abuse and ridicule.

Some focused on the sculpture’s toothy smile, others on its close-set, bulging eyes. All questioned the accuracy of its depiction of the Portugal captain, known for his model-like looks, who was there at the unveiling.

“Cristiano was one of the last people to arrive, but I spoke with him in the VIP room,” Santos said after the unveiling. “I asked him what he thought of the result and he said he liked it.”

Santos said Ronaldo had sent in suggestions while he was working on the sculpture.

“He only asked for some wrinkles that give him a certain expression to his face when he laughs to be changed,” the Madeira native added. “He said it made him look older and asked for it to be thinned out a bit to make it smoother and more jovial.”

The sculpture was unveiled to mark Madeira’s decision to name its airport “Aeroporto Cristiano Ronaldo” after its hometown star.