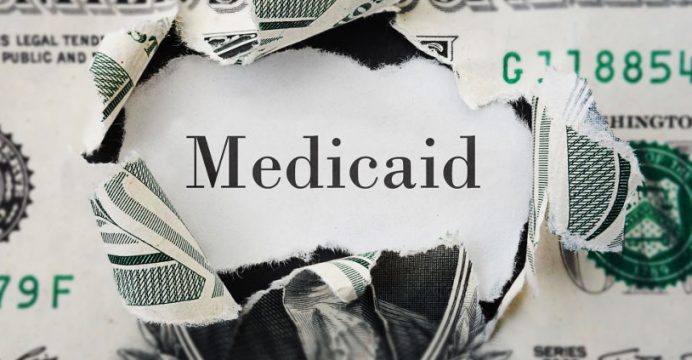 The governor of Kansas vetoed a bill expanding eligibility for Medicaid﻿

The governor of Kansas on Thursday vetoed a bill expanding eligibility for Medicaid for the poor under the federal Affordable Care Act (ACA) because the measure was not fiscally responsible and would still fund Planned Parenthood.

State lawmakers in the Republican-controlled senate voted in favor of the measure on Tuesday, just days after President Donald Trump’s efforts to repeal and replace the ACA, also known as Obamacare, ended with the bill being pulled from a vote, reports Reuters.

Republican Governor Sam Brownback said the bill also failed to eliminate waiting lists for disability services, did not add work requirements and was not budget neutral.

“The cost of expanding Medicaid under Obamacare is irresponsible and unsustainable,” he said.

He added it was “unwise to undertake such a drastic change” to the state’s Medicaid program while work on an ACA overhaul was underway in Washington.

“I will not support this legislation that continues to fund organizations that undermine a culture of life,” he said, referring to groups such as Planned Parenthood, which provides a range of reproductive services including abortions.

Planned Parenthood said in a statement that “the overwhelming majority of Kansans” support the health care provider and the expansion of Medicaid in the state.

The Republican-controlled House, which passed the bill last month 81-44, quickly took up a debate on overriding Brownback’s veto on Thursday, but a vote was postponed.

“You are going to put a dagger right through the heart of our small communities,” Republican Representative Leonard Mastroni, who voted in support of expansion, told the House in Topeka after Brownback’s veto.

Kansas was not among the 31 states that in 2016 had opted to expand Medicaid, with the federal government footing much of the cost under Obamacare.

With the ACA’s enhanced federal funding, Medicaid expansion in Kansas, effective Jan. 1, 2018, would cost the state an estimated $31 million in fiscal 2018, which begins July 1, and $67 million in fiscal 2019 with more than 180,000 additional recipients, according to estimates cited in a legislative report on the bill. Without enhanced federal matching funds, the state’s costs would balloon to $465 million by fiscal 2019.