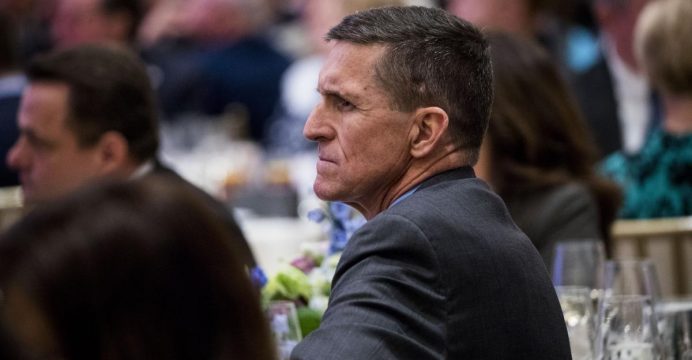 U.S. President Donald Trump on Friday backed a decision by his former national security adviser to seek immunity in congressional probes of possible ties between his campaign and Russia, but there was no immediate sign that the request would be granted.

Retired General Michael Flynn, who resigned only 24 days after becoming national security adviser, wants protection against “unfair prosecution” if he testifies before the intelligence committees of the U.S. Senate and the House of Representatives, his lawyer, Robert Kelner, said on Thursday, reports Reuters.

Testimony from Flynn could help shed light on the conversations he had last year with Sergei Kislyak, Russian ambassador to the United States, while national security adviser for Trump’s presidential campaign.

Mike Flynn should ask for immunity in that this is a witch hunt (excuse for big election loss), by media & Dems, of historic proportion!

Trump, a Republican, said in a tweet that Democrats were instigating the congressional probes because they were upset about his Nov. 8 victory over their party’s candidate, Hillary Clinton.

“Mike Flynn should ask for immunity in that this is a witch hunt (excuse for big election loss), by media & Dems, of historic proportion!” Trump said.

Trump would not comment further when asked about Flynn during a White House meeting with U.S. manufacturers.

U.S. Representative Adam Schiff, ranking Democrat on the House of Representatives intelligence committee, said it was too soon to consider immunity requests.