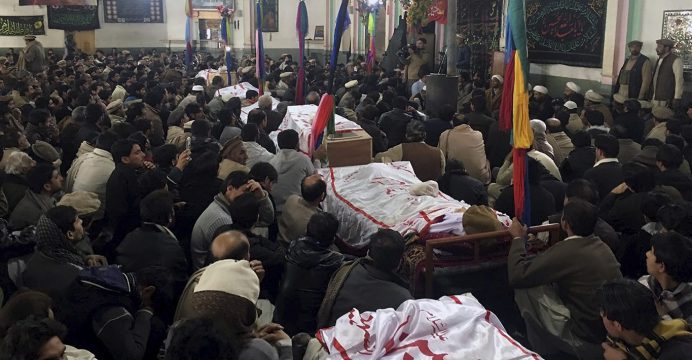 Bomb near mosque in northwest Pakistan kills at least 22

A bomb apparently targeting a mosque in Pakistan’s northwestern city of Parachinar killed at least 22 people on Friday and wounded dozens in an attack claimed by the Pakistani Taliban.

The explosion in a remote area bordering Afghanistan came as people gathered for Friday prayers near the women’s entrance of a Shia mosque in the central bazaar, the latest in a series of attacks across Sunni-majority Pakistan this year, reports Reuters.

Sajid Hussain, a parliamentarian from Parachinar, said gunfire preceded the blast, which he described as a suicide attack. The city is located in an area with a large Shia population.

“The attack took place in a busy area and a women’s mosque appears to be the target,” he said.

The banned Islamist militant group Tehrik-i-Taliban Pakistan (TTP), often referred to as the Pakistani Taliban, said the blast was part of its operation Ghazi, named after a radical Islamist leader killed by Pakistani security forces in 2007.