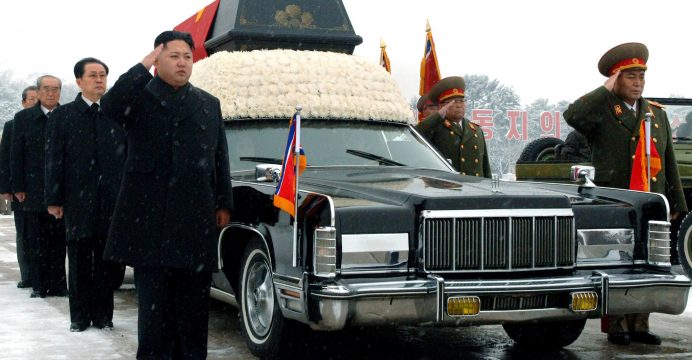 Malaysia put the body of the estranged half-brother of North Korean leader Kim Jong Un on a plane to Pyongyang on Thursday, in a deal that secured the release of its citizens there and ended a drawnout diplomatic spat.

The attack outraged Malaysia and sparked a diplomatic row with North Korea, resulting in travel bans on both sides and a collapse in their long-standing friendly ties.

Malaysian Prime Minister Najib Razak said the nine Malaysians barred from leaving North Korea had been allowed to board a plane out, adding on Twitter that they were expected to reach Kuala Lumpur at 5 a.m. local time on Friday (2100 GMT Thursday).

The Malaysians left Pyongyang in a Royal Malaysian Air Force business jet, which headed immediately west out of North Korean airspace before turning south toward Malaysia, according to flight tracking website planefinder.net.

“Following the completion of the autopsy on the deceased and receipt of a letter from his family requesting the remains be returned to North Korea, the coroner has approved the release of the body,” Najib said in a statement.

The statement did not mention Kim by name. Kim was assassinated at Kuala Lumpur airport on Feb 13.

The swap agreement brings to an end nearly seven weeks of diplomatic standoff between the formerly friendly countries.

Najib has said the return of the nine Malaysians in Pyongyang was Malaysia’s priority.

North Korea had been demanding the handover of Kim’s body and that three remaining suspects inside its embassy be returned to Pyongyang in exchange for an end to the travel ban on Malaysians, diplomatic sources have said.

It was not immediately clear if the suspects were also allowed to leave Malaysia, although some local media reported that they were taking the same flight to Beijing.

Kim Jong Nam, the eldest son of the late North Korean leader Kim Jong Il, had spoken out publicly against his family’s dynastic control of the isolated, nuclear-armed nation.

The young, unpredictable Kim Jong Un had issued a “standing order” for his elder half-brother’s assassination, and there was a failed attempt in 2012, according to some South Korean lawmakers.