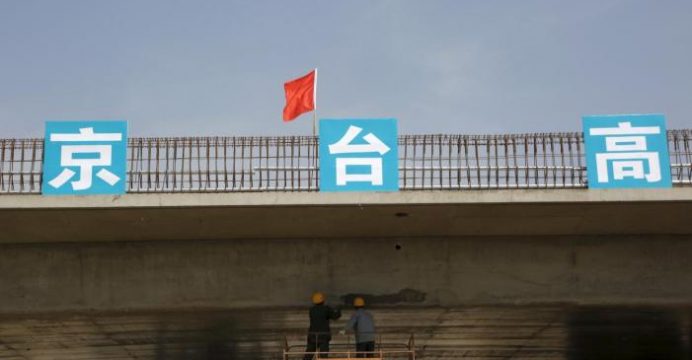 China’s economy to likely expand 6.8 percent in the first quarter of 2017

China’s economy, the world’s second-largest, will likely expand 6.8 percent in the first quarter of 2017, the official Xinhua agency quoted a government think tank as saying on Wednesday.

The expected pace is on par with the 6.8 percent growth logged in the fourth quarter, which was better than market expectations due to higher government spending and record bank lending, reports Reuters.

“The focus of macroeconomic policies should be in supply-side structural reforms to boost potential output in the long run,” Wang Hongju, a researcher at the academy, was quoted by Xinhua as saying.

In the first half of the year, GDP will grow by 6.7 percent. Industrial production is likely to increase moderately in the second quarter, while investment sees slightly slower growth, according to the think tank.

It warned that the government should guard against risks in the property and financial sectors by properly managing monetary and land supply “floodgates”, Xinhua said.