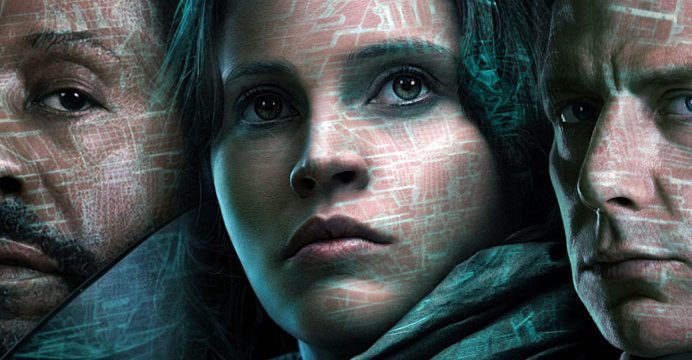 Lucasfilm lost sleep over uncanny resurrections of ‘Rogue One’

It grossed $1 billion and picked up numerous awards nominations, but a particular aspect of “Rogue One: A Star Wars Story” proved one of the most controversial moments in the entire franchise.

Fans were polarized by the computer-generated appearances of the long-dead Peter Cushing and a youthful Carrie Fisher, with some admiring the technical wizardry but many dismissing their inclusion as downright creepy.

With Lucasfilm planning to release the DVD and Blu-ray of “Rogue One” on April 4, fans will get an insight into just how well the film’s crew understood that its flirtation with the “uncanny valley” of computer-generated human images was a huge risk.

In a bonus featurette entitled “The Princess and The Governor,” animation supervisor Hal Hickel discusses a cutting-edge special effects process he describes as a “long series of failures resulting in victory.”

“There were many dark days, many sleepless nights, laying awake, worrying about these shots,” he says.

Developed by a Japanese robotics professor in 1970, the “uncanny valley” is the hypothesis that human replicas that appear almost, but not quite, like real humans elicit feelings of revulsion.

Its name refers to the sudden dip in our emotional response, which generally grows more positive the more human the replicas look — until they are so life-like that we are creeped out. “Close up digital human works is one of the hardest problems in computer graphics,” visual effects supervisor John Knoll explains on the featurette.

“You don’t want to be sitting there in the theater saying ‘Yeah, something doesn’t look right. What do you think that is?'”