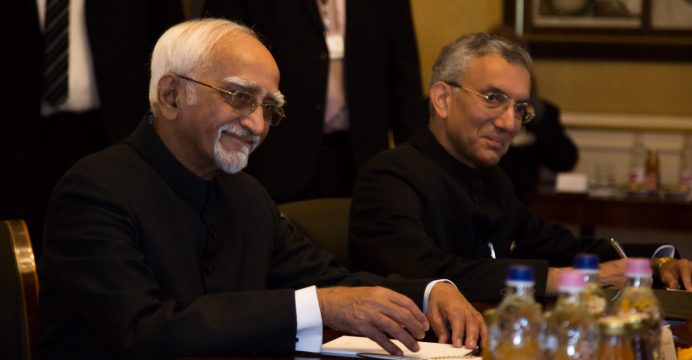 Indian Vice-President Hamid Ansari said on Saturday universities must uphold liberal values and respect dissent, a month after violent protests erupted at a university in the capital Delhi over a speech by a student accused of sedition.

Addressing students at a university in the northern state of Punjab, Ansari said commitments to the right to dissent should be revisited at a time when the “value and scope of academic freedom” was being called into question.

“The right of dissent and agitation are ingrained in the fundamental rights under our constitution, which sets out a plural framework and refuses any scope to define the country in narrow sectarian, ideological or religious terms,” he said, reports Reuters.

“Recent events in our own country have shown that there is much confusion about what a university should or should not be. The freedom of our universities has been challenged by narrow considerations of what is perceived to be ‘public good’.”

According to media reports, ABVP protested against inviting the student to give a speech at a literary seminar and violent clashes broke out.