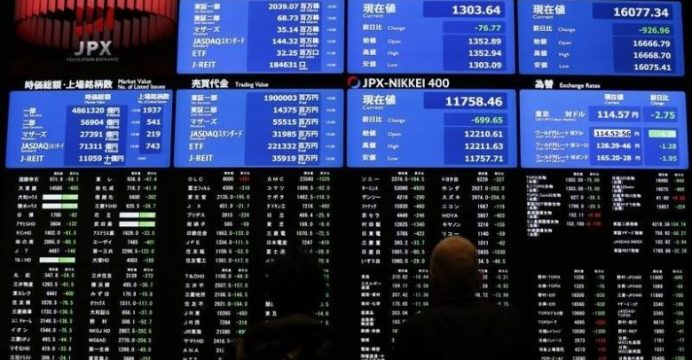 Tokyo stocks moved slightly higher in early trading on Friday as a weaker yen boosted exporters, but gains were capped by Wall Street declines after a key vote on US health care reform was delayed.

US stocks spent most of Thursday’s session in positive territory, but fell after the late-afternoon news that Republicans had postponed the crucial vote on President Donald Trump’s replacement for Obamacare to Friday, reports BSS.

Analysts pointed to concerns that a rejection of the Republicans’ healthcare bill could jeopardise Trump’s plans for major fiscal stimulus.

“Admittedly we think that the fiscal stimulus may be delayed rather than scuppered if the healthcare bill is defeated,” Capital Economics said in a note.

But Toshihiko Matsuno, head of investment information at SMBC Friend Securities, told reporters: “Even though the vote was delayed, the fact that it will take place Friday probably means the Republican plan will pass.”

The greenback had sat in the mid-113 yen region at the end of last week. A weaker yen is good for the profitability of Japanese exporters and often spurs buying of their shares.