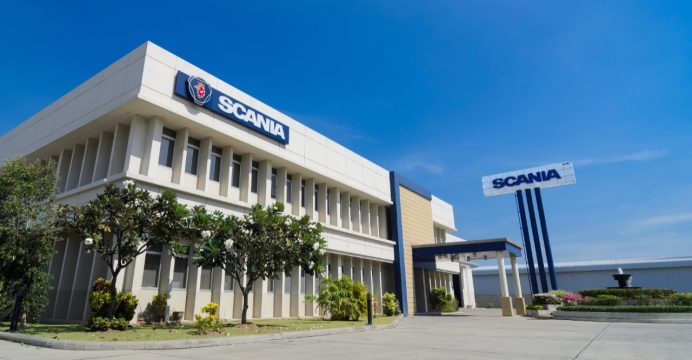 By 2020, Scania will globally utilize fossil free electricity wherever possible. This is Scania’s pledge for Earth Hour 2017. All electricity supplied for its operations in Denmark, France, Norway, Poland and Sweden is already fossil free.

Scania’s efforts in driving the shift towards sustainable transport systems are about developing smart and energy-efficient transport solutions, but also about streamlining the company’s own energy usage.

”Scania itself must be a forerunner in this shift. We place high demands on our suppliers to adhere to the highest environmental standards and deploy the new and innovative technology. Many of our customers also have ambitious environmental targets,” says Anders Williamsson, Executive Vice President and Head of Purchasing, Scania.

Switching to fossil free energy leads to a significant reduction of the carbon emissions for a manufacturing company of Scania’s magnitude. Scania’s commitment, however, is not limited to its production sites but includes all operations, not the least the hundreds of Scania workshops.

In Scandinavia, the energy supplied to Scania is primarily sourced from hydroelectric power plants. In France and Poland, the wind and solar power are most common.

In countries without deregulated energy markets, Scania is unable to procure fossil free electricity. In these countries, Scania will use available alternatives for carbon offsetting.