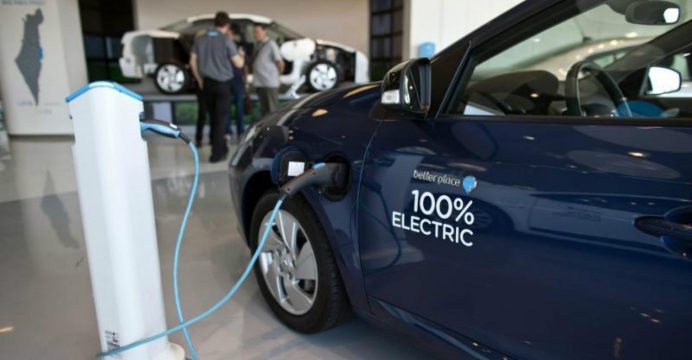 The number of electric car charging points for public use in Germany rose by 27 percent last year, including hundreds of more fast-charging units, amid efforts to boost the technology across Europe.

With public and government support growing for electric car technologies, utilities such as Innogy and E.ON are building up charging networks to tap into the market.

The number of electric cars in Germany rose 29 percent to 77,153 in 2016, up from just 4,000 in 2011, BDEW said. Kapferer also said the technology needed to be developed further, citing inductive charging as one way that could help to gain new customers.

The long time it takes to charge batteries is one of the main disadvantages of electric cars compared to conventional cars with gasoline tanks that can be filled up in seconds.

BMW, Volkswagen, Ford and Daimler plan to build about 400 next-generation charging stations in Europe that can reload an electric car in minutes instead of hours as they look to stoke demand and gain market share from Tesla.

The BDEW statistics showed that North Rhine-Westphalia leads in the number of charging points, followed by Baden-Wuerttemberg and Bavaria.

Austria this week also said suppliers would join up their charging stations across the country, making it easier for drivers to charge up as part of the country’s efforts to promote the vehicles to reduce CO2 emissions.