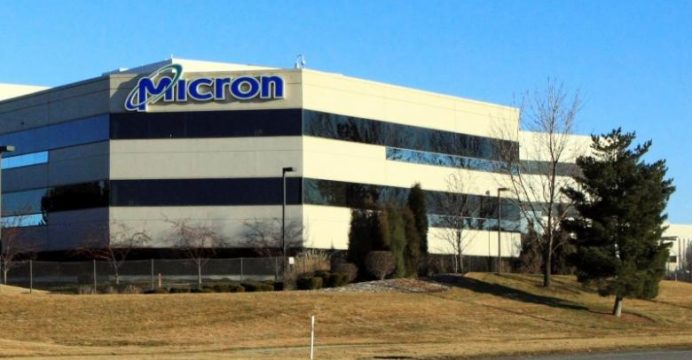 Micron Technology Inc forecast current-quarter revenue and profit far ahead of analysts’ estimates as prices for memory chips climb amid tight supplies and demand surges for storage chips used in smartphones. Shares of the company, which also beat second-quarter profit estimate, were up 9.4 percent in extended trading on Thursday.

Global memory chip makers are on the cusp of what analysts call an ultra-super-cycle as supply bottlenecks created by efforts to make smaller yet more efficient chips weigh, while demand soars for data storage from smartphones and artificial intelligence to autonomous driving and the Internet of Things, reports Reuters.

Micron said on Thursday average selling prices of dynamic random access memory (DRAM) chips jumped 21 percent in the second quarter. They had risen 5 percent in the preceding quarter. DRAM chips accounted for about 64 percent of Micron’s revenue in the latest quarter.

“We saw continued gains in client DRAM pricing, but also benefited from increases in mobile, cloud, and enterprise pricing as well,” Chief Executive Officer Mark Durcan said during a call with analysts.

Durcan, who has announced he would retire once a successor is found, had said in December that PC DRAM average selling prices are up 50-60 percent since hitting a trough.

Micron forecast adjusted profit of $1.43-$1.57 per share for the current quarter, well above the average analysts’ estimate of 90 cents, according to Thomson Reuters I/B/E/S.

The company forecast adjusted gross margin of 44 percent-48 percent for the current quarter, compared with the 38.5 percent in the preceding quarter.