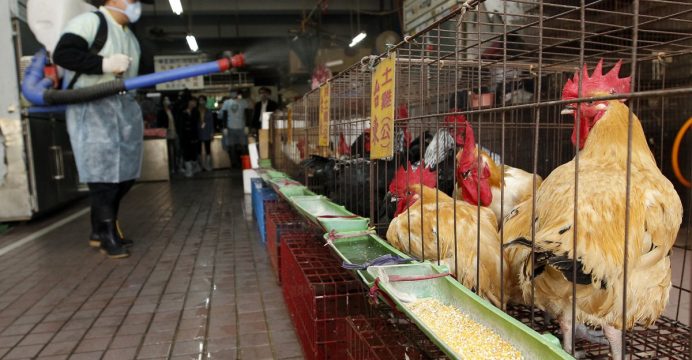 China confirmed an outbreak of H7N9 bird flu at a poultry farm in Hunan province in the southern part of the country, according to a Ministry of Agriculture statement on Friday.

The outbreak in Yongzhou, a city of more than 5 million people, was detected among farmers raising so-called layers, chickens that are bred for egg production, with about 29,760 birds infected, and around 18,500 dying of the disease, reports Reuters.

Laboratory tests confirmed the birds had the H7N9 virus, leading to the culling of 171,179 chickens, said the statement on the ministry’s website.

The outbreak is now under control, the ministry said. The case comes after a surge in the rate of human infections with H7N9, leading to 161 deaths in China since October.

Live poultry markets have been shut down in many provinces following the human infections, but until recently the virus had been difficult to detect in poultry.

The strain has however evolved into a highly pathogenic strain in some parts of the country, leading to more obvious symptoms in birds.