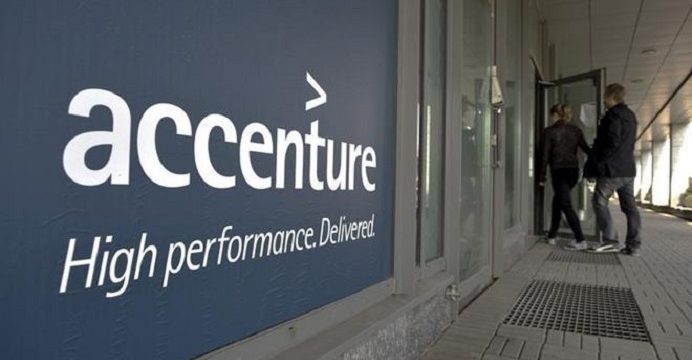 Accenture has been investing heavily in fast-growing businesses such as digital and cloud services, amid stiff competition from Cognizant Technology Solutions Corp and IBM.

The company forecast current-quarter revenue between $8.65 billion and $8.90 billion. Analysts on average were expecting revenue of $8.80 billion, according to Thomson Reuters I/B/E/S.

Net income attributable to Accenture fell to $838.8 million or $1.33 per share in the second quarter, from $1.33 billion or $2.08 per share, a year earlier. Profit in the year-ago quarter was benefited by a $553.6 million gain on the sale of some businesses.

Accenture’s net revenue rose 4.7 percent to $8.32 billion, helped by strong demand for its digital, cloud and security-related services, which make up more than 40 percent of revenue. Analysts on average had expected a second-quarter profit of $1.30 per share and revenue of $8.34 billion.