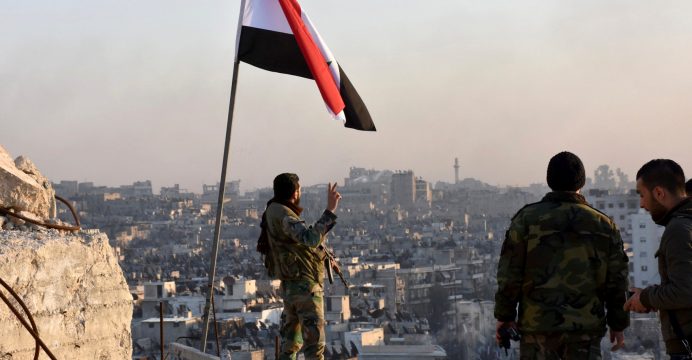 Intense clashes took place in Damascus early on Monday as the army counter-attacked rebels who had advanced in the northeast of the Syrian capital on Sunday, a war monitor said.

A Syrian military source said on Monday that the army had recaptured all the positions it had lost on Sunday.

A Reuters witness said that warplanes were active above Damascus early in the day and that some streets in government-held areas near the fighting had been closed, reports Reuters.

The Syrian Observatory for Human Rights, a British-based war monitor that collects information from a network of sources across Syria, said heavy fighting continued around the Jobar and al-Qaboun districts in the northeast of the city.

Rebels had attacked in Jobar to relieve military pressure after their recent loss of ground in nearby Qaboun and Barza, a commander from the Failaq al-Rahman group which is fighting there said on Sunday.

Syrian President Bashar al-Assad and his army, along with allied Russian, Iranian and Shi’ite militia forces, have put rebels on the back foot with a steady succession of military victories over the past 18 months, including around Damascus.