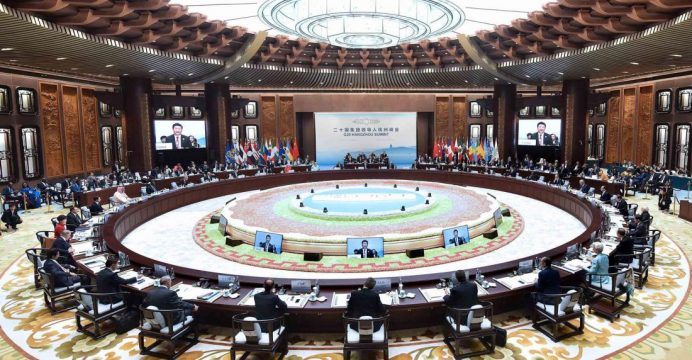 The world’s financial leaders rowed back on a pledge to keep an open and inclusive global trade system after being unable to find a suitable compromise with an increasingly protectionist United States.

Making only a token reference to trade in their communique, finance ministers and central bank chiefs from the world’s top 20 economies broke with a decade-long tradition of endorsing open trade, a clear defeat for host nation Germany, which has fought to maintain the G20’s past commitments, reports Reuters.

In the new U.S. administration’s biggest clash yet with the international community, G20 finance chiefs also rowed back on a pledge to support climate change finance, an anticipated outcome after U.S. President Donald Trump called global warming a “hoax”.

“We are working to strengthen the contribution of trade to our economies,” G20 finance chiefs said after a two-day meeting in the German resort town of Baden Baden, well short of a past commitment for rules-based, transparent, non-discriminatory, open and inclusive multilateral trade.

Seeking to put “America first”, Trump has already pulled out of a key trade agreement and proposed a new tax on imports, arguing that certain trade relationships need to be reworked to make them fairer for U.S. workers.

U.S. Treasury Secretary Steven Mnuchin, who represented the Trump administration in his first G20 meeting, earlier said it had no desire to get into trade wars but trade needed to be made fairer, a reference to big trade deficits with key G20 members, such as Germany and China.

After meeting German Chancellor Angela Merkel on Friday, Trump said he did not believe in isolationism but that trade policy should be fairer.

International trade makes up almost half of global economic output and officials said the issue could be revisited at a meeting of G20 leaders in July.