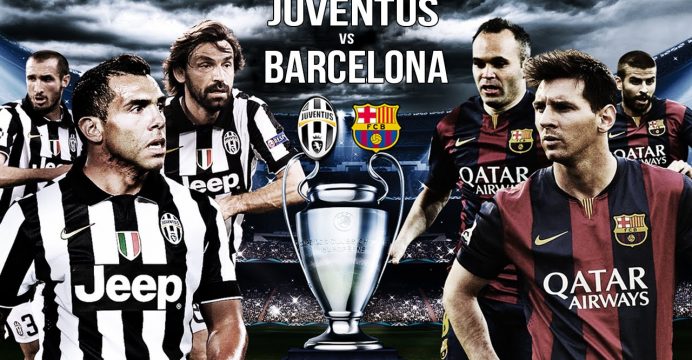 Titleholders Real Madrid must face their former coach in the Champions League quarter-finals after they were drawn against Carlo Ancelotti’s Bayern Munich on Friday.

Ancelotti led Real to the 10th of their 11 European Cups in 2014, inflicting Bayern’s heaviest European home defeat on the way with a 4-0 win at the Allianz Arena in the second leg of the semi-final, reports Reuters.

Barcelona were pitted against Italian champions Juventus in a repeat of the 2015 final which the Spanish side won 3-1.

with the first leg at the Vicente Calderon where no English side have won.

Borussia Dortmund face AS Monaco who upset Manchester City in the previous round.

Bayern will host the first leg against Real as the two sides renew one of European soccer’s oldest and most bitter rivalries.

They have met 10 times in two-legged European ties with each progressing five times. Real have reached the last six Champions League semi-finals and Bayern the last five.

Their first meeting in 1976 set the tone when Real’s Roberto Martinez broke his nose in a collision with Bayern goalkeeper Sepp Maier and a fan known as The Bernabeu Madman ran on to the pitch and attacked Austrian referee Erich Lineayer and Bayern striker Gerd Mueller.

“The match against Real Madrid will be special for me,” Ancelotti said. “We have a lot of confidence and want to win the Champions League this season. I think we have the ability to beat Real Madrid. But they have a fantastic team with a fantastic coach.”

Juventus will host the first leg against Barcelona and the second will see their full back Dani Alves return to the Nou Camp where the Brazilian made 247 appearances in eight years.