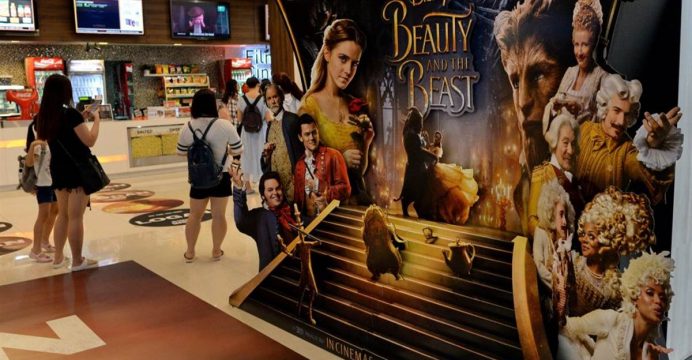 Malaysia stood by its decision to bar “Beauty and the Beast” from cinemas without a “gay moment” being cut as the worldwide rollout of the Walt Disney movie began on Thursday.

Starring Emma Watson as young Belle who falls in love with the Beast, the film features a gay character for the first time in Disney’s history, reports Reuters.

The company refused to make the cut and pulled the film from cinemas across the Muslim-majority country where homosexuality is discouraged by religious leaders.

“The film has not been and will not be cut for Malaysia,” Disney said in a statement.

Asked it Malaysia would change its mind on its demand for the cut, Censorship Board chairman Abdul Halim Abdul Hamid said: “Still the same decision.”

He added that local distributors had asked for a review of the decision. The board is expected to meet on Tuesday.

The film opened in neighboring Singapore on Thursday with a “parental guidance” rating. The world rollout happens over the next few days.

Last year, Singapore organizers of the musical “Les Miserables” cut a scene in which two male actors kissed so that the show could retain a “general” rating and reach a wider audience.

The Communications Office of the Roman Catholic Archdiocese of Singapore warned viewers about the likely content of “Beauty and the Beast”.

“With extensive media reports of the purported ‘gay moment’ in this movie, we believe that parents must discern and reflect with their children on whether the lifestyle portrayed is consonant with the teaching of Christ,” it said in a statement.

In next-door Indonesia, which has the world’s largest Muslim population, the movie opens on Friday with a 13+ classification and without any cuts.