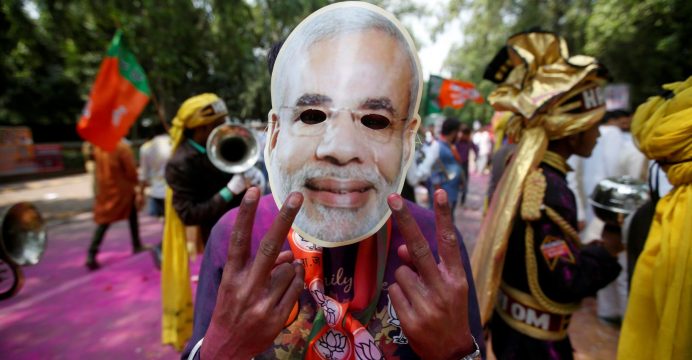 Indian Prime Minister Narendra Modi’s party expects national elections in 2019 to deliver an even bigger mandate than in 2014, its leaders said on Sunday, buoyed by a thumping victory in the country’s most politically important state.

As well as winning Uttar Pradesh with the biggest majority for any party since 1977, Modi’s Bharatiya Janata Party (BJP) is moving closer to forming governments in at least two more of the five states that went to polls recently.

BJP president Amit Shah said: “In coming days BJP’s winning ways will be seen in other states too. We will get a much bigger mandate in 2019 under Modi.”