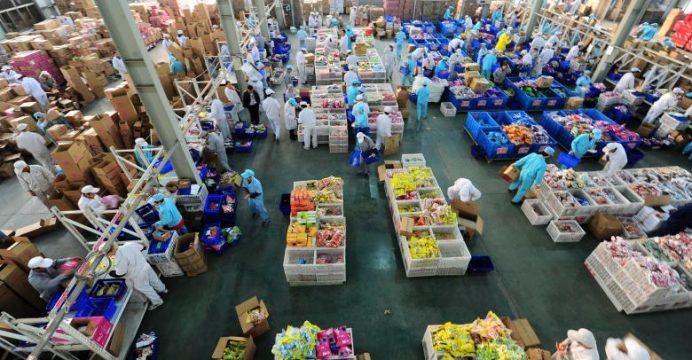 China retail sales growth decelerated to 9.5 percent on year in January and February