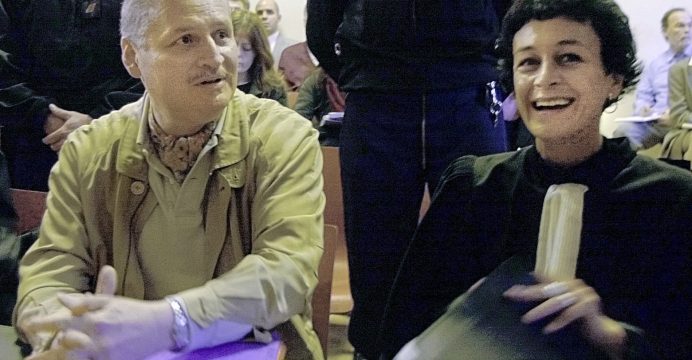 Carlos the Jackal, once one of the world’s most wanted criminals, was back in a French court on Monday, charged with a grenade attack on a Paris shop more than 40 years ago that killed two people.

The Venezuelan, whose real name is Ilich Ramirez Sanchez, has been held in France for 23 years since being captured in Khartoum by French special forces and was previously sentenced to life imprisonment for deadly attacks in the 1970s and 1980s.

In his latest trial, which began in a Paris court on Monday, he faces charges including murder over the Sept. 15, 1974 grenade attack on the Publicis drugstore in central Paris, which also injured 34. Ramirez denies involvement, reports Reuters.

Ramirez, 67, with receding white hair, refused to give his name in court and gave his age as 17 “give or take 50 years”.

Ramirez, who wore a dark jacket and metal-framed glasses, was confined in a glass box, with just an opening to speak through. Three police officers flanked him in the box.

In the 1970s and 1980s, the Marxist militant and self-dubbed “elite gunman” became a symbol of Cold War anti-imperialism and public enemy number one for Western governments.

He sealed his notoriety in 1975 with the hostage-taking of OPEC oil ministers in Vienna in the name of the Palestinian struggle, and went on to become an international gun-for-hire with Soviet bloc protectors.

The press gave him his nickname after a reporter saw a copy of Frederick Forsyth’s “The Day of the Jackal” at Ramirez’s London flat and mistakenly assumed it belonged to him.

He was convicted in 1997 of murdering two French police officers and an informant in 1975 in Paris and in 2011 of masterminding attacks on two trains, a train station and a Paris street that killed 11 people and wounded about 150 more.

Investigators say they have established links between the Publicis case, Ramirez, and a hostage-taking at the French Embassy in The Hague two days previously by the Japanese Red Army militant group.