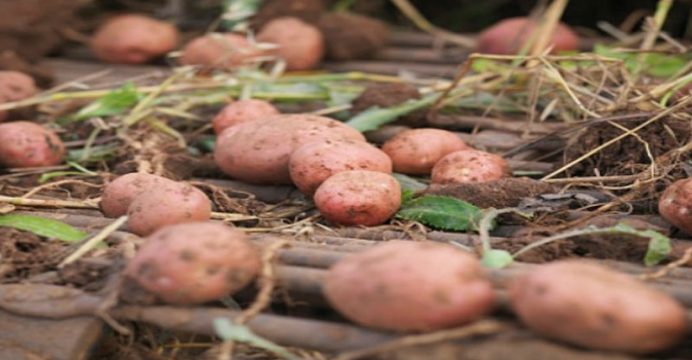 Potatoes on Mars? Scientists are reporting promising results growing the tuber under conditions that mimic the Red Planet in an experiment in Peru linked to US space agency NASA.

“Preliminary results are positive,” the International Potato Center (CIP) said this week after a potato grew under simulated Mars atmospheric conditions in an experiment in Lima.

The CIP, in a report, said a potato was planted in a specially constructed CubeSat contained environment built by engineers from the University of Engineering and Technology in Lima. The experiment ran from February 14 to March 5, reports BSS.

“Growing crops under Mars-like conditions is an important phase of this experiment,” said Julio Valdivia-Silva, a Peruvian astrobiologist at UTEC in Lima who previously worked at NASA.

“If the crops can tolerate the extreme conditions that we are exposing them to in our CubeSat, they have a good chance to grow on Mars,” he said, adding that several rounds of experiments will be conducted to find out which potato varieties do best.

Potatoes, one of the world’s largest food crops, are believed to have first been cultivated by the Inca Indians in Peru around 8,000 to 5,000 BC.

The potential ability of potatoes to grow under such conditions could signal promise for food supplies under climate change and extreme environments.

“The results indicate that our efforts to breed varieties with high potential for strengthening food security in areas that are affected, or will be affected by climate change, are working,” said CIP potato breeder Walter Amoros.

The custom environment for the Potatoes on Mars project was based upon designs and advice provided by NASA. The scientists “concluded that future Mars missions that hope to grow potatoes will have to prepare soil with a loose structure and nutrients to allow the tubers to obtain enough air and water to allow it to tuberize,” CIP said.

They used very dry soils found in the southern Peruvian desert, noting they are the most Mars-like soils found on Earth.