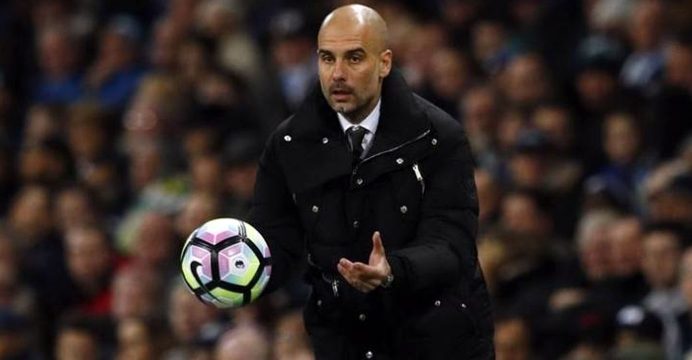 Manchester City manager Pep Guardiola has been named the Premier League manager of the month for February, while in-form Tottenham Hotspur striker Harry Kane picked up his fourth player of the month award.

City, who are third in the table, were unbeaten last month, winning all three of their Premier League games, scoring eight goals and conceding once, against West Ham United, Swansea City and Bournemouth.

Meanwhile, the 23-year-old Kane received his award after propelling Tottenham to second in the table by netting four goals in three league matches, including a hat-trick in last month’s win over Stoke City.

“It’s a great honour,” Kane told the Premier League’s website. “I’m in good form at the minute, I feel confident going into every match.”