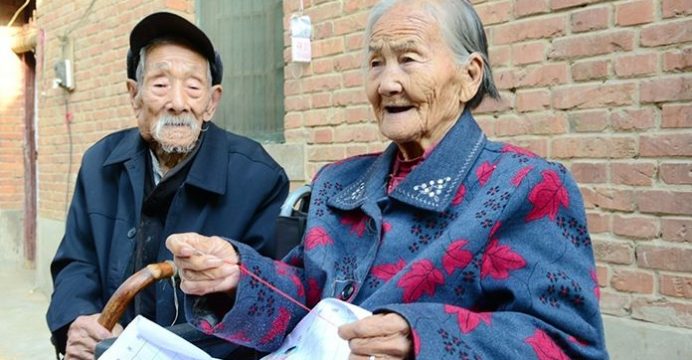 The number of people living beyond 80 years old – from octogenarians to centenarians – in China is growing but they have poorer physical and cognitive function compared with their counterparts from 10 years ago, according to the largest study of its kind, published in The Lancet.

Population ageing is one of the major challenges facing most countries in the world. With the oldest-old population (those aged 80 years old or over) set to grow much faster than other age groups, this poses challenges for health systems, social care and families as this group often need daily assistance and medical care.

Previous studies have found opposing results when researching the health of this group, with some research suggesting people are living longer and in better health, while other studies suggest people are living in worse health as they age.

These differences may be a result of advances in medical technology, lifestyle improvements and increased socioeconomic status postponing disability and chronic diseases for the oldest-old group, or of lower mortality meaning more elderly people survive with chronic health problems.

To study these effects, the researchers compared 19528 people aged 80-105 in China who were born 10 years apart. In the Chinese Longitudinal Healthy Longevity Study surveys taken in 1998 and 2008, the researchers estimated mortality rates and analysed data of participants’ physical ability (from three tests of whether they could stand up from a chair, pick up a book from the floor and turn around 360 degrees), cognitive function and self-reported problems in daily activities (eating, dressing, transferring, using the toilet, bathing and continence) .

However, those surveyed in 2008 had worse physical function than their counterparts from 10 years earlier, and this was the same for all age groups. The same was true of cognitive function, where the average cognitive function score for octogenarians, nonagenarians and centenarians decreased between 1998 and 2008.

The researchers say that these opposing findings illustrate that two theories of ageing are at play – the benefits and costs of success of living longer.

The ‘benefits of success’ theory suggests that people are living longer with lower levels of disability in daily living as a result of better medications, leading healthy lifestyles, having fewer disabilities caused by chronic diseases, and because improvements in socioeconomic status and living standards have helped to facilitate daily living and delay deterioration as they age.

Whereas the ‘costs of success’ theory suggests that living longer might mean frail individuals survive life-threatening illnesses but live with health problems as a result – meaning the oldest-old population faces lower levels of physical and cognitive function.

“The findings of our study provide a clear warning message to societies with ageing populations – although lifespans are increasing, other elements of health are both improving and deteriorating leading to a variety of health and social needs in the oldest-old population.” said lead author Professor Yi Zeng, National School of Development at Peking University (China) and Medical School of Duke University (USA).

“This combination poses an enormous challenge for health systems, social care and families around the world. In order to live well for longer, it is important to develop more services to meet the various needs of growing elderly populations. For those with disabilities this may include long-term and acute daily care as well as mobility aids. While for those living well, working opportunities, social and leisure activities, continued learning and psychological counselling could support them to continue living well for longer.”

The researchers note that those assessed in 2008 may have reported fewer difficulties in their day-to-day lives as a result of having better amenities and tools that support them in their daily activities. However, the researchers say that more in-depth studies will be needed to confirm how and why levels of self-reported disability in daily living decreased while observed levels of disability in physical and cognitive functions increased in 2008.

They also propose that further research could include prevalence of chronic diseases and other older age groups (those aged 65-79 years) to help fully understand the process of ageing healthily and could provide more evidence for the types of interventions needed to support this age group.

Writing in a linked Comment, Professor Kenneth Rockwood, Dalhousie University, Canada, said: “The population that was old in China at the end of the 20th century had been through enormous social changes, including in government and social organisation, income levels, and food security. Later changes – such as migration to rapidly growing urban areas, the one child policy, and variable access to health care – each would have affected the health of China’s oldest-old. For example, just as education and socioeconomic factors might mitigate the disabling nature of poor physical performance, they might also account for the increased cognitive impairment in the later-born cohorts, who have had less educational opportunity. The health costs and benefits of improved longevity are not just a matter of science: what people desire matters too. For the part that is science, however, we need measures that are precise enough to allow light to be shed on the puzzle of unexplained heterogeneity in health among people of the same age.”