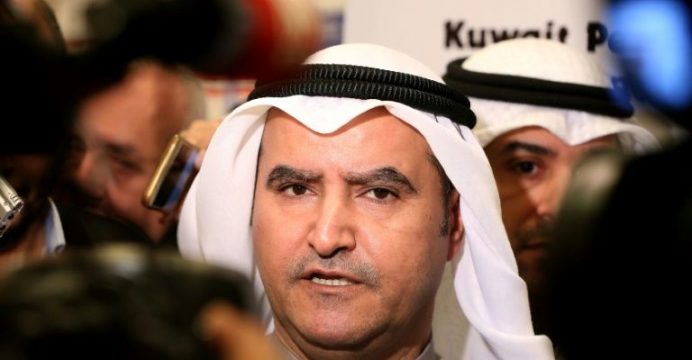 OPEC compliance with oil output reductions has exceeded the target because of higher Saudi cuts, Kuwaiti Oil Minister Essam al-Marzouk, head of a committee overseeing the decreases, said on Wednesday. Non-OPEC compliance, however, has so far been modest, the minister told reporters outside parliament.

Under a deal signed last year, OPEC and non-OPEC countries agreed to reduce output by around 1.8 million barrels per day (bpd) as part of a concerted effort to curb a global oil glut, reports BSS.

“OPEC’s compliance with the cuts has been excellent in February,” said Marzouk, adding that it exceeded the target of 1.2 million bpd.

“Saudi Arabia reduced its production higher than its share,” to boost confidence in OPEC’s move, the Kuwaiti minister said.

He said that non-OPEC compliance was between 50 percent and 60 percent.

Independent oil producers agreed to cut their production by 558,000 bpd, of which Russia pledged to reduce 300,000 bpd.

Marzouk said the OPEC and non-OPEC Joint Ministerial Monitoring Committee will meet in Kuwait on March 26 to assess compliance.

Energy and oil ministers of Russia, Saudi Arabia, Venezuela, Oman and Algeria in addition to the OPEC secretary general are scheduled to attend.

Russia has said it will fully comply with the agreed cut by the end of April. Oil prices are now up to 20 percent higher than they were three months ago.