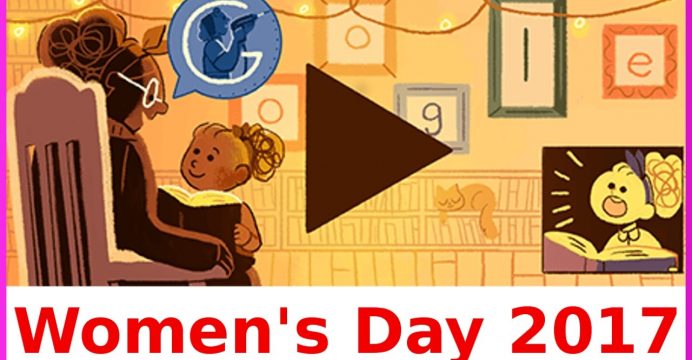 In honor of International Women’s Day, Google is celebrating 13 different women who have helped shape history.

When a user clicks today’s Google Doodle, they can see a short clip of a little girl asking her grandmother to tell her “the best bedtime story ever.” The grandmother proceeds to tell “the girl the collected tales of 13 remarkable women,” who she then visits in her imagination.

Though Google notes that not all of the women showcased in the doodle are “household names,” they “each made a mark in her own way.”